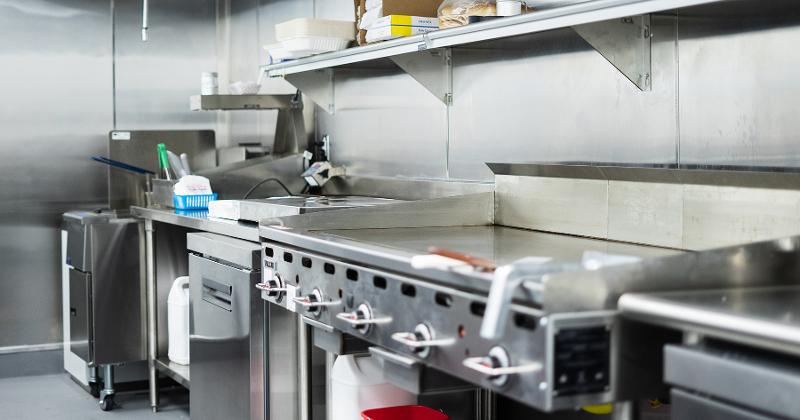 At a conference devoted to what the future might hold for restaurants, speakers and attendees cited one force of disruption as a rock-solid certainty. The only question was what to call it. Should these upenders of the business be known as “ghost kitchens,” “dark kitchens” or “cloud kitchens?”

All three terms could be heard repeatedly during the Global Restaurant Leadership Conference (GRLC) in Singapore this week as more than 1,000 industry leaders gathered to share what they read in their modeling and data analysis. The consensus: The phenomenon of building kitchens to provide branded takeout and delivered meals has emerged in a flash, with far-reaching implications for an industry whose longtime credo was to put butts in dining room seats. It’s the speed of the kitchens’ adoption that had attendees worried, curious or eager to ride the trend.

Attendees from all five populated continents attested that the commissary-like facilities are springing up in their markets like grass shoots after the first rain of the warm-weather season. A number of the kitchen developers confirmed that anecdotal assessment, citing expansion that would have been called breakneck if the new facilities were conventional restaurants. The talk was of opening hundreds of kitchens in warehouse-style centers by the dozens. There seemed to be agreement that the spread is happening faster in Asia and the Middle East than in Europe, North America and Africa.

Along with that lightning growth has come rapid diversification, according to the observations that were shared during GRLC. The common trait of the hard-to-label facilities is a lack of seating and front-of-house personnel, because the food and beverages produced are consumed off-premise. In most instances, the snacks and meals are delivered, though some observers noted the relative new twist of also offering pickup for consumers.

Robbie Brozin, co-founder of South Africa-based Nando’s peri-peri chicken chain, said his operation was investigating the use of dark kitchens as a way of shifting production of delivery orders away from restaurants that were built to meet dine-in demand. With the boom in delivery and takeout, many of them lack the capacity to produce all that newfound off-premise business.

But many restaurant and dark-kitchen operators in attendance noted the more recently discovered benefit of enabling chains to enter new markets without having to invest in brick-and-mortar restaurants. They can cultivate a business through partnerships with third-party delivery services, several of which are opening their own ghost kitchens.

In some of those instances, the tenants don’t even pay rent. Rather, a delivery partner such as GrabFood in Asia takes a slightly higher commission on orders hauled from its ghost kitchens.

The added benefit for tenant-operators is being introduced to consumers who have become regular users of a third party’s app. The service also helps with data on what level of demand to expect, and often provides marketing assistance as well.

The fright cited by many operators was having those partners turn into competitors. As many noted, the third parties already control the pipeline from kitchen to consumers’ homes. When they also operate cloud kitchens, they own the means of production as well. Why do they need a restaurant partner? Look at how many of the kitchens already host virtual restaurants, or brands that consist of only a menu and a listing in the delivery service’s app but have no brick-and-mortar presence. Will restaurants as we know them be rendered obsolete by this new beast consisting of a brand name, a kitchen and a process for getting meals from stove to front door?

It’s an especially ominous possibility because the services have amassed deep pools of data about consumers from orders placed through the deliverers’ apps.

“How can an independent restaurant compete with that?” lamented one attendee of a session that started as a look at trends in U.S. restaurants but quickly became a discussion of dark kitchens and their implications.

The attention then and at other times in the conference was shifted to ghost kitchens despite that phenomenon being the scheduled focus of just a single session.

GRLC is presented by Winsight, the parent of Restaurant Business.

After pandemic struggles, Noodles appears to be on an upswing