The Habit Restaurants has appointed its first chief brand officer as it works to ramp up delivery and launch a mobile app amid declining traffic. 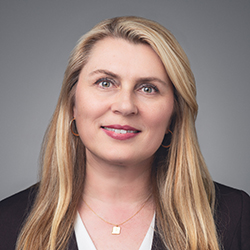 Alter will be tasked with “looking at the brand in total,” Russ Bendel, Habit Restaurants president and CEO, said this week during a call with analysts discussing quarterly earnings. That purview includes advertising, go-to-market strategy, customer experience and employee engagement, he said.

Habit reported a 3.4% drop in traffic, which executives attributed in part to the discontinuation of a free burger giveaway. But that was partially offset by a 7% increase in check average.

The check average increase is due, in some part, to delivery, which is in place at 200 company-owned units and 11 franchised locations, with plans to expand.

Off-premise consumers “use the brand a little differently” and may be swayed by digital images to add on drinks or upgrade their burgers, said Ira Fils, the company’s chief financial officer.

Habit executives expressed concern about the poor performance of several units in Orlando, Fla. The chain claimed a $3.1 million impairment charge for the quarter on the three units. Executives said they had no plans to pull out of that market and expect to open a unit with a drive-thru there next year.

“It’s a little bit of a head-scratcher for us,” Bendel said. “It’s just not reacting the way all of our new markets have traditionally patterned their growth from. It’s not behaving like the other seven restaurants in Florida that we’re quite pleased with.”