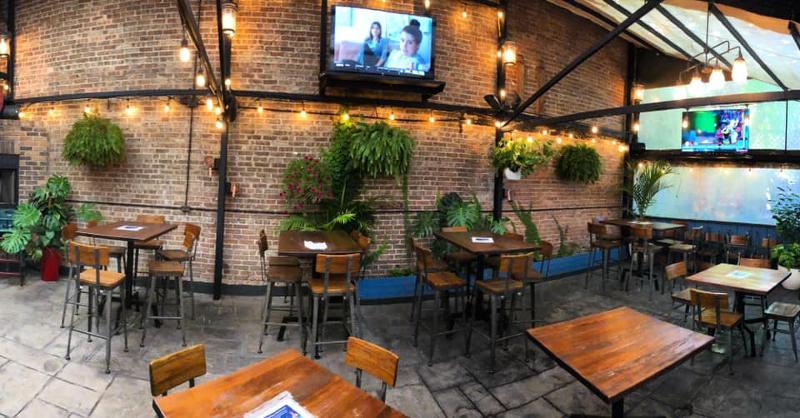 Jeff Hoffman, owner of Chicago’s Village Tap tavern is well aware of how the coronavirus has become politicized—especially among his fellow restaurant owners.

But he said he is trying to stay outside of the political fray with his latest promotion: Offering $10 gift cards, up to $10,000 worth of them, to any customer who can present their proof of COVID vaccination. Gift cards are being emailed to vaccinated customers the next day and can be used in-person or for pickup of food or drink.

“A lot of it has become political,” Hoffman said. “I try not to view it from that lens as much as possible.”

Instead, he said, he wanted to promote the vaccine because it is the key to “get us back to normal, from a hospitality perspective,” while also thanking the first responders who are currently first in line to get the shots.

Hoffman, who has owned the 30-year-old neighborhood hangout for three years, said all of his 20 employees are on board with getting the vaccination when they’re able.

“We’ll definitely promote that,” he said, once everybody is inoculated. “A lot of our customers are like-minded; I know not everybody is. I’m a huge proponent of the vaccine and it is our only way out of the current situation.”

That “current situation” has been stressful for the Village Tap.

From March until June, the tavern was closed to on-premise business and relied on takeout and beer to-go to stay afloat. The establishment has a large, covered beer garden with heat that has been able to stay open, even into Chicago’s winter. The space normally seats 92 but is currently capped at 40 customers, he said.

“We’ve survived,” Hoffman said. “We’ve had to use the defibrillators a few times but we’ve managed to survive.”

He admitted that $10,000 is a significant cash outlay right now but said it was worth it.

Hoffman is frustrated by his fellow bar and restaurant owners who are ignoring state mandates by staying open for indoor service.

“I understand everyone’s anger and frustration with it, but it really doesn’t help our cause,” he said.