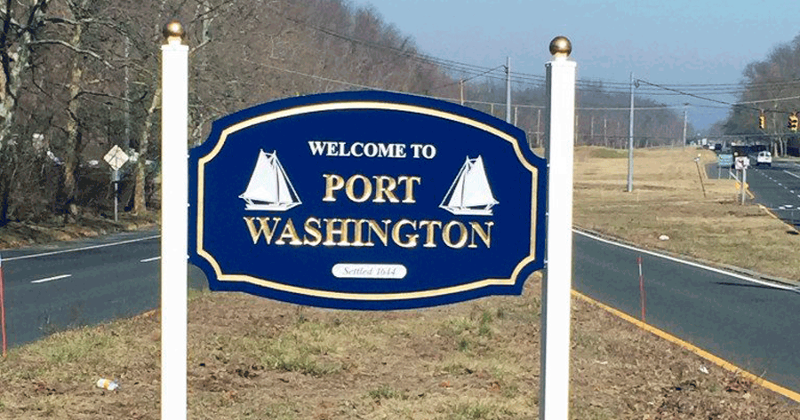 Like communities across America, the New York City suburb of Port Washington, N.Y., saw its restaurants—nearly all of them locally owned independents—struggling to survive under capacity limits set by the state to protect residents from COVID-19. Few local places offered patio dining before the pandemic, and the inline configurations of many were a limit on their outdoor dining options. At most they could squeeze a table or two into the sidewalk space.

But what it did have was an abundance of recreational space for its 16,000 or so residents, including a spacious public dock where residents could fish, launch their kayaks, borrow a book from the pocket library on site, or just take in the views of the water, as many routinely do on temperate days. And that gelled into an idea as elected officials and local business leaders brainstormed ways of helping local merchants, including the town’s 50 or so restaurants.

“Some of the biggest ideas are ones that are easy,” remarks Judi Bosworth, supervisor of the Town of North Hempstead, the township that incorporates Port Washington and similar bedroom communities about a 40-minute train ride outside of New York City. Restaurants needed space, and the dock had plenty of it. “It was just a matter of putting out some benches, some spots where people could eat.”

The township paid for the picnic tables, and popped for a sign that listed all of the local restaurants, along with their phone numbers and a QR code that called up the establishments’ websites or menus. A second sign explained that locals could have food delivered from the restaurants, most of which had added self or third-party delivery during the crisis, and have a meal delivered dockside.

“It’s not a big investment,” says Bosworth. “It has been very successful, and because of the overwhelmingly positive feedback, the Chamber [of Commerce] has asked us to extend it into the fall.”

Similar setups have been adopted for other towns in the township, with similarly positive results, she says.

The key, according to Bosworth, was the collaboration and constant dialogue with neighborhood restaurants and other local business leaders.

“Here’s the thing: These situations are so fluid,” she says. “What’s a good idea today might not be a good idea tomorrow, and what’s a not-so-good idea today may be great tomorrow. So you have to keep talking.” As the weather cools and dockside dining may no longer be feasible, “we’re going to continue talking.”

Meanwhile, she offers this advice to hard-pressed restaurants and sympathetic town officials elsewhere: “If you see a good idea that some municipality came up with, steal it.”