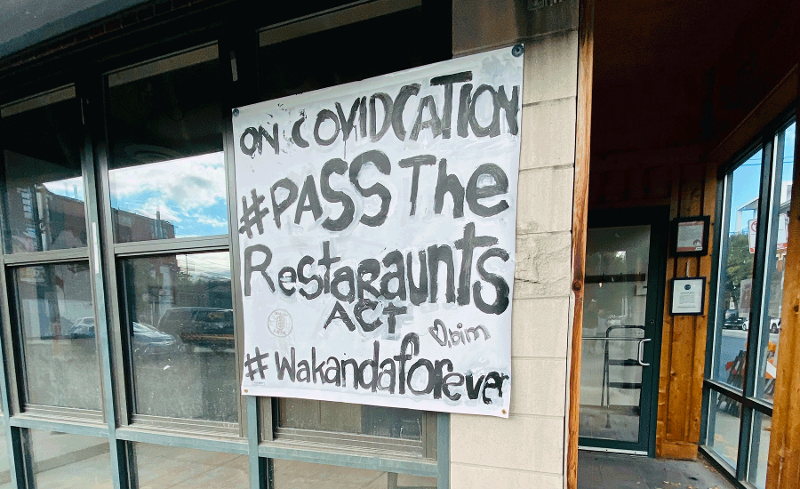 With independent restaurants and bars closing in unprecedented numbers, operators on Friday called on the U.S. Senate to take swift action in approving a $120 billion targeted relief bill before winter forces even more closures.

“There is so much at stake today for independent restaurants and bars, more than there ever has been,” restaurateur Andrew Zimmern, one of the founders of the Independent Restaurant Coalition (IRC) advocacy group, said during a press briefing. “Time is running out to save us. Literally, winter is coming.”

On Thursday, the U.S. House passed the revised HEROES Act, which includes a restaurant revitalization fund to aid the sector amid the ongoing coronavirus crisis. Independent restaurant operators are now pleading with the Senate to take action on the measure next week, before the group is set to recess for the rest of October.

Rep. Earl Blumenauer, D-Ore., one of the supporters of the aid package in the House, said he has “never seen a groundswell of support like the IRC has mobilized.”

“People took for granted the neighborhood cafes, the dining rooms,” Blumenauer said. “That’s not going to happen again. The industry has found its voice in a way that’s as compelling as anything I’ve seen.”

Early on in the pandemic, a number of restaurants received Paycheck Protection Program loans. But that money has largely run out, leaving operators desperate for a solution.

“Those funds were and eight-week fix to an 18-month problem,” said Bobby Stuckey, co-founder of Colorado-based Frasca Hospitality Group.

Friday’s early-morning revelation that Pres. Donald Trump has tested positive for COVID is “a wild card that adds another element of unpredictability” to discussions surrounding the relief package, Blumenauer said.

But, he added, that passing the aid bill is “the quickest, most-effective way to deal with the area that is most severely impacted.”

Blumenauer noted that 40 senators have already voiced support for the revised HEROES Act.

Operators stressed the time-sensitive nature of their situation.

“Many of us cannot or will not make it through the winter without aid,” Stuckey said. “As much as everybody said, ‘We’ll be there for you, in a Patagonia puffy,’ it’s not happening. Once we lose outdoor dining, there’s no way businesses will make it the next six to eight months.”