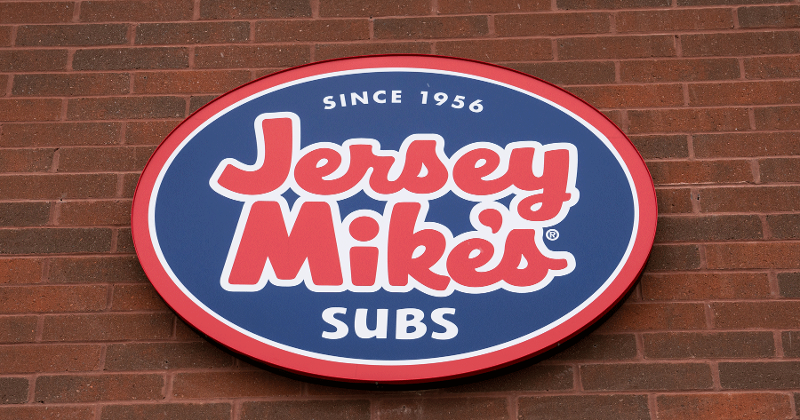 Phil Capozzi, vice president of non-traditional development for Jersey Mike’s, is in charge of scouting locations that are outside the usual stand-alone building or strip mall. Along with airports, train stations and stadiums, colleges have been a prime target. So far he’s developed outposts of the sandwich chain at seven campuses, including Purdue University, Seton Hall University and Montclair State University.

But when Capozzi approached Rider University to set up a Jersey Mike’s on the New Jersey campus, there was a bit of a challenge.

“The food court, which is a logical place to open, had already been built, and there were space limitations at the student center,” he said. But Rider and its foodservice provider, Gourmet Dining, very much wanted to add a Jersey Mike’s. Together, they worked out a solution: the chain’s first ghost kitchen. The footprint is much smaller and the tech was available to make it happen. 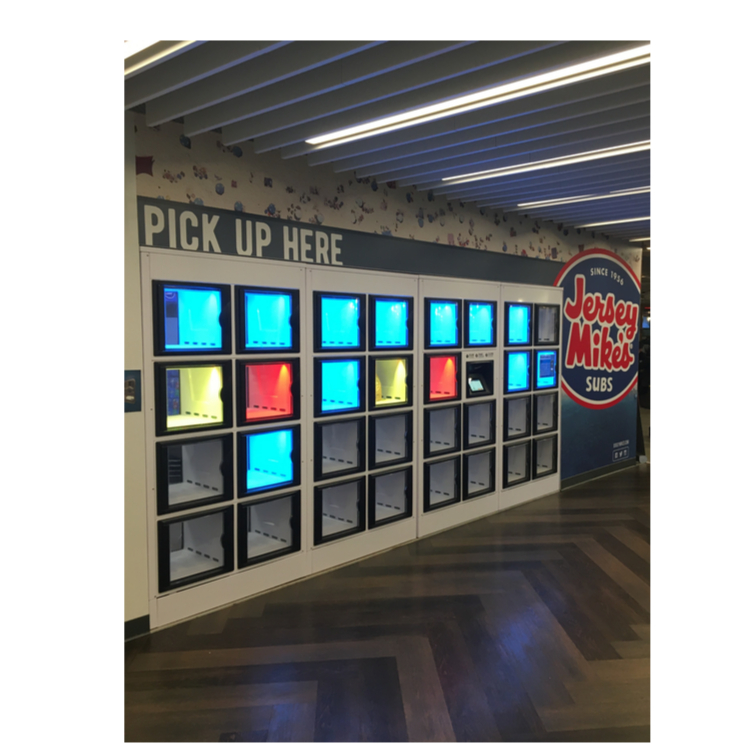 “When you walk into the student center, there’s a long wall of lockers branded with the Jersey Mike’s logo,” said Capozzi. “A typical Jersey Mike’s make line is behind the lockers, out of sight, preparing the orders.”

Students can order and pay ahead on Gourmet Dining’s app or come into the center and order at a kiosk. Once the order is placed, customers receive a text from the sandwich maker notifying them that it was received.

When the order is completed, the Jersey’ Mike’s team member punches a code into one of the lockers, inserts the bag and sends the customer a text alert with the designated locker and code for pickup. The lockers are also equipped with QR codes, and they flash when an order is ready so a customer can scan the code and open the door.

A digital board at the entrance to the student center tracks the progress of each order as it’s being prepped.

“The ghost kitchen works really well with Gourmet Dining’s emphasis on contactless service,” said Capozzi. Students can use the declining dining dollars balance on their meal cards or a credit card for payment.

The Jersey Mike’s menu was streamlined to fit with Rider University’s dining plan, with more combo meals and deals on offer. “We can modify our menu according to the operations at each school,” said Capozzi.

With the enthusiastic response from the Rider community, Capozzi sees more of these concepts to come on other campuses.

“We prefer to build out a full Jersey Mike’s at college locations, where students can interact with our teams, but the ghost kitchen is a great solution for a smaller campus,” he said. “It’s also viable for a bigger university, where the ghost kitchen can be set up on the other side of campus from the student center. If there’s delivery, that’s even better. We want students to have access to Jersey Mike’s and this is a way to get it to them.”