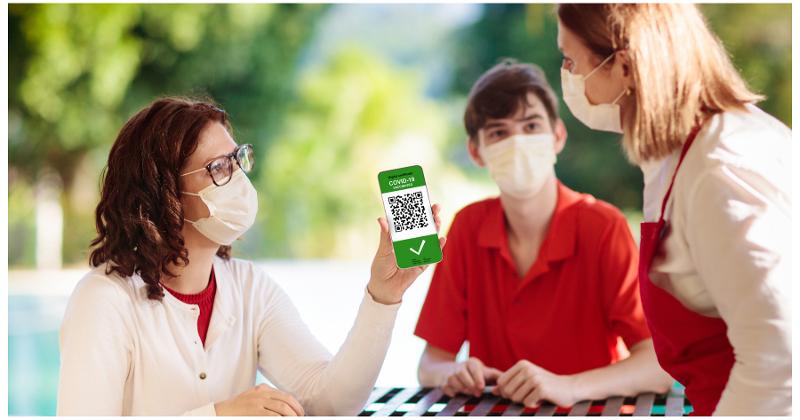 Amid considerable controversy, Los Angeles’ City Council voted Wednesday to limit restaurant access to patrons who can prove they’ve been vaccinated against COVID-19.

Mayor Eric Garcetti indicated last week that he favors the mandate, all but ensuring that the nation’s second-most populous city and standout restaurant market will enact the safety protocol. It would take effect Nov. 4.

Similar requirements are already in place in San Francisco, New York City, New Orleans, Philadelphia and a number of counties nationwide. The Los Angeles measure exceeds those measures in its scope. It requires full vaccinations, not just one shot, and applies to bars, shopping malls, gyms, nail salons and museums as well as restaurants.

That breadth and the problems evident in other cities with a vaccine mandate for dine-in restaurant customers prompted city lawmakers to stress the need for amendments and additional regulations. One proposed that enforcement of the requirement be shifted to the Los Angeles Police Department and that any attack on an establishment’s employees as a result of the measure be regarded as a criminal act.

Restaurants that fail to comply with the requirement would receive a warning for a first offense, a $1,000 fine for a second infraction, and up to $5,000 if it's a repeat offender.

More than half of San Francisco’s restaurants have had a run-in with customers over that city’s vaccine mandate, and 29% have experienced repeated friction, according to the Golden Gate Restaurant Association.

The council member who favored public enforcement also called for the creation of a fund to compensate affected businesses for any additional training that may be needed. The Council agreed to consider that and other measures as separate proposals.

Other stakeholders noted during the City Council session that more specifics need to be incorporated into the requirement. One member of the public besieged the members to include a provision expressly exempting outdoor dining areas from the mandate.

Approval of the measure, technically an expansion of already existing civic codes, had been expected. It passed by a vote of 11-2.

Opponents have repeatedly warned that the civic requirement is likely to create confusion on the part of consumers and businesses because it differs from the vaccine mandate that is already in place for Los Angeles’ host county. That regulation requires bar patrons but not restaurant guests to show proof of vaccination before being allowed entry.

They also questioned the need for the mandate when new coronavirus infections have been declining in the city.

The yea vote came as New York Gov. Katherine Hochul warned constituents that more vaccine mandates may be coming for her state. Through executive orders, proof of inoculation is already required of healthcare workers, teachers and state employees.