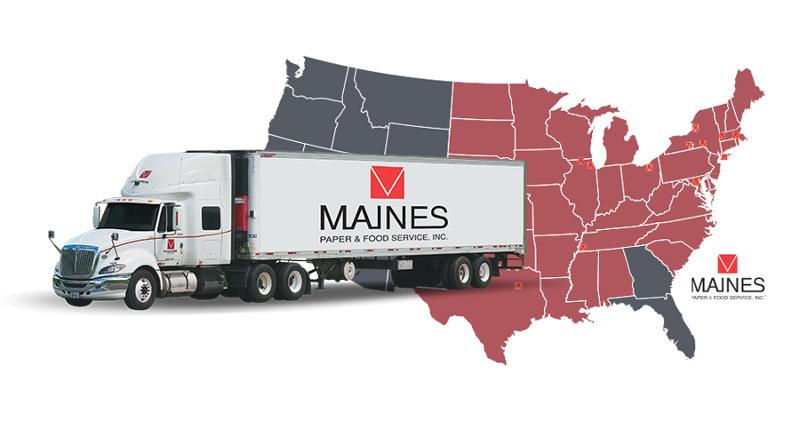 A distributor that serviced Olive Garden, Burger King, Wendy’s, Applebee’s and an extensive list of other restaurant chains has filed a plan of liquidation under Chapter 11 of the federal bankruptcy code.

Maines Paper & Food Service, which supplied 6,100 restaurants in total, said its orders from some customers dropped by 87% when dining rooms were shut down because of the COVID-19 pandemic. At that time, an unidentified buyer was set to acquire the distributor, but the deal was upended by the health crisis.

Court documents indicate that the 101-year-old family-run business had been struggling financially before the pandemic because of skyrocketing labor costs. Unable to recruit enough company-employed drivers, Maines had been forced to rely on contracted, independent haulers and to pay its own drivers a higher compensation. The added expenses contributed to a $29.9 million pre-tax loss in 2018 and a $25.9 million pre-tax deficit last year, according to the court filing.

The documents indicate that Maines was one of the foodservice industry’s 10 largest distributors, with annual sales of about $2 billion.

Lineage Bluebird Debtco, a company that had acquired Maines’ debt, has foreclosed on most assets under a pre-filing petition, according to the bankruptcy materials. An affiliate, Lineage Foodservice Solutions, has assumed at least part of Maines’ customer roster and is continuing to supply those restaurants, including all establishments run by Darden Restaurants. Employment offers were extended to Maines’ entire workforce of 851 employees at the time of the foreclosure, the bankruptcy materials show.

The documents show that Maines had 10 distribution centers serving a 30-state market area at the end of 2019. The company also operated three retail stores.

The filings indicate that the distributor owes more than $236 million in funded and trade debt.

Maines consisted of two business units. One supplied the units of national chains, most of them quick-service operations such as Tim Hortons. Branches of the full-service chains Chili’s and Applebee’s were also part of that group.

A separate division provided the transportation of materials to casual-dining restaurants owned and operated by Darden Restaurants. The parent of Olive Garden, Cheddar’s Scratch Kitchen and The Capital Grille purchased products independently. Those supplies were carted to individual locations by Maines for a fee.

A Darden spokesman said the casual dining giant’s operations have been unaffected by the bankruptcy because Lineage had already taken over the distribution centers serving its restaurants.

The filing is the latest indication of how the pandemic has walloped distributors by severely cutting orders from restaurants and institutions.After dining rooms closed, some foodservice haulers recast themselves as suppliers to supermarkets, and segment-leader Sysco Corp. began advertising the delivery of groceries to consumers’ homes.