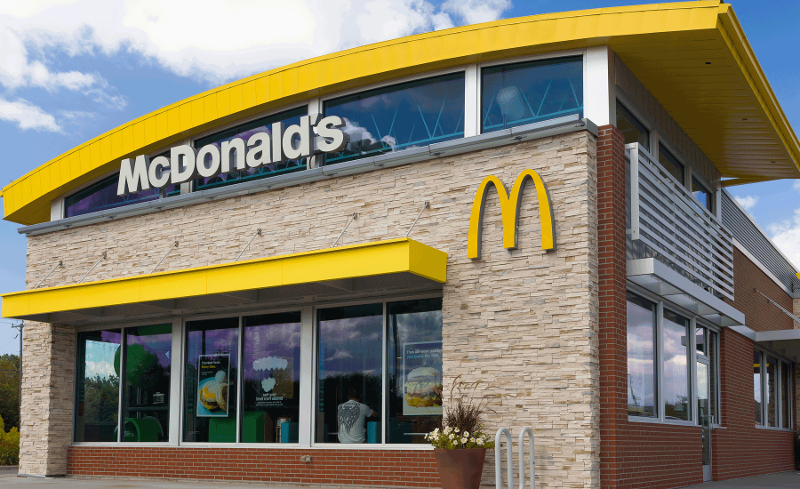 McDonald’s is facing more charges of discrimination. The latest comes from Herb Washington, a prominent Black franchisee who filed a lawsuit against the Chicago-based burger giant on Tuesday claiming the company forced him to sell some of his restaurants to White owners.

Washington at one point operated 27 restaurants in New York, Pennsylvania and Ohio, making him the system’s largest Black owner-operator. He claims in a federal lawsuit filed this week that the company forced him to sell seven restaurants.

In a statement, McDonald’s USA blamed the problem on mismanagement. “Herb Washington is facing business challenges that we don’t want for anyone in the system,” the company said in an email. “It’s why we’ve invested significantly in his organization and offered him multiple opportunities over several years to address these issues.

“This situation is the result of years of mismanagement by Mr. Washington, whose organization has failed to meet many of our standards on people, operations, guest satisfaction and reinvestment. His restaurants have a public record of these issues, including past health and sanitation concerns and some of the highest volumes of customer complaints in the country.”

Still, the lawsuit is the latest in a string of discrimination lawsuits against McDonald’s targeting everything from the company’s treatment of Black employees to its treatment of Black franchisees. It’s the third lawsuit from operators, all of whom quote figures from the National Black McDonald’s Owners Association saying that Black operators’ cash flow was $700,000 lower than the system average in 2018.

The lawsuits also suggest that this has played a role in a reduction in the number of Black franchisees in the system. Operators also argue that McDonald’s steered franchisees into more poorly performing markets that are more expensive to operate because of crime and other problems.

The first franchisee lawsuit was filed in September by former operators, and a pair of existing franchisees in Nashville filed suit in October making similar claims. In addition, McDonald’s executives have accused the chain of discrimination.

Washington himself was a world-class athlete who went to Michigan State on a track scholarship and narrowly missed the 1972 Olympic track team, but who ultimately played professional baseball for the Oakland Athletics. He became a McDonald’s franchisee in 1980 at the age of 29 when he bought a store in inner-city Rochester, N.Y. The lawsuit says the location was in a distressed, predominantly Black neighborhood.

Six months later, the lawsuit says, the company steered him to another store in inner-city Rochester, even though he lived in Michigan. The lawsuit says he “developed a track record of succeeding in these difficult stores.”

The lawsuit says that in the early 1990s Washington tried to buy suburban stores from a White owner but was blocked from making the purchase. In 1998 Washington sold his stores in New York and bought 19 stores in the Youngstown, Ohio, area and then purchased six more stores six months later, becoming the largest Black operator in the nation.

Washington argued that the operator from whom he bought those stores, Sam Covelli, poached managers and employees from the stores, leading to a 15-year dispute that was ultimately decided in Washington’s favor. In his lawsuit, Washington argues that a White franchisee would have received some financial assistance in such a situation.

Washington also accused McDonald’s of keeping him from buying more suburban locations, and of raising the rents in Cleveland locations shortly after he bought them in 2007. He also argued that McDonald’s “pigeonholed” him into poorly-performing stores. His complaint also says that McDonald’s stepped in and prevented him from buying a location in the University Heights suburb in 2011.

McDonald’s said that Washington’s organization had failed to meet company standards for customer satisfaction and operations. It also said  the franchisee did not have a Hamburger University graduate at each of his restaurant, another standard of the system. In addition, the company said that it provided Washington financial support—and said that operations at his restaurants improved once he implemented an improvement plan.

The company also notes that it does not place franchisees into certain stores, only recommends them, and that franchisees ultimately choose the stores they purchase. McDonald’s noted that it provided Washington with several diverse operators as potential buyers of his restaurants.

The company also notes that 30% of its U.S. franchisee base is ethnically diverse, a percentage that has stayed relatively constant over the years, and that cash flow at Black-owned locations has improved as operators make improvements.