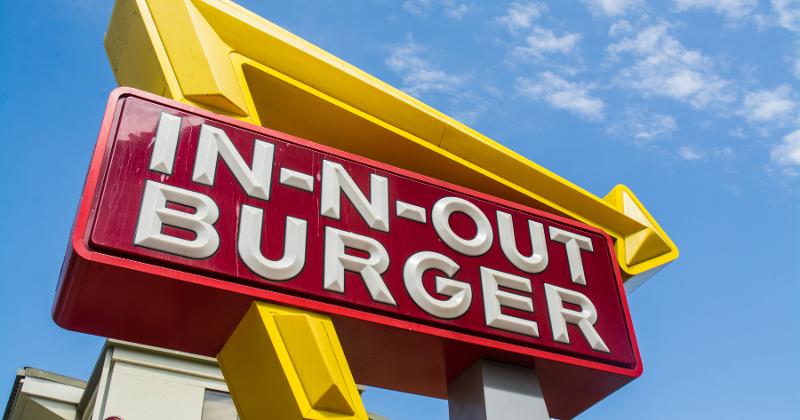 In-N-Out Burger made a statement this week on what it thinks of vaccination mandates.

The San Francisco Department of Public Health temporarily closed the burger chain’s lone location in the city, in the Fisherman’s Wharf District, late last week after the restaurant refused to check on the vaccination status of dine-in customers—something that’s been mandated for weeks.

The location has since reopened for takeout and outdoor dining only, but not before the company made a statement on the mandate that makes clear its views on the mandate.

“We refuse to become the vaccination police for any government,” Chief Legal and Business Officer Arnie Wensinger said in the statement. “It is unreasonable, invasive and unsafe to force our restaurant associates to segregate customers into those who may be served and those who may not, whether based on the documentation they carry, or for any other reason.”

In so doing, the typically reserved In-N-Out thrust itself into the middle of the debate over vaccinations and vaccination requirements.

“They were definitely informed they could do what most of the other fast-casual businesses have done, close off their indoor dining area, let people come in with masks for to-go orders,” Thomas said in an interview. “There’s lots of outside seating down at Fisherman’s Wharf. They point-blank refused.”

In-N-Out’s stand comes just weeks before a similar mandate is set to take hold in Los Angeles. The chain has several more locations there than it does in San Francisco, where it just has one.

Vaccine mandates for restaurant diners have been relatively rare, largely limited to big cities. But they’ve become a flashpoint in a larger political debate over vaccine requirements and even the vaccine in general as conservatives, who are much less likely to be vaccinated, push back against such mandates.

Wensinger said that the San Francisco health department closed the San Francisco In-N-Out last Thursday because employees were not keeping customers without proof of vaccination from eating in the restaurant .

He said that the store posted signs to communicate such requirements but it wouldn’t have employees take that step. “As a company, In-N-Out Burger strongly believes in the highest form of customer service and to us that means serving all customers who visit and making all customers feel welcome,” he said.

“We fiercely disagree with any government dictate that forces a private company to discriminate against customers who choose to patronize their business. This is clear governmental overreach and is intrusive, improper and offensive.”

The order, however, has been in place for nearly two months. The order was announced on August 12 and restaurants were required to request proof of vaccination on August 20.

Thomas said city officials and other organizations have been pushing to get In-N-Out to comply with the mandate by doing what the restaurant is doing now—closing off its dining room and serving takeout and outdoor dining customers. “It had to have been a political statement,” she said.

“We have had no other issues in San Francisco,” Thomas said. She noted that nearly two-thirds of her members in a survey said they wanted such a vaccination mandate to put everyone on a level playing field.

“It gets confusing,” she said. “We’d rather it be mandated rather than a choice thing.” More recently, Thomas said, more than three-quarters of her members said the mandate was not a problem. She said her own full-service restaurants have had very few problems with the mandate.