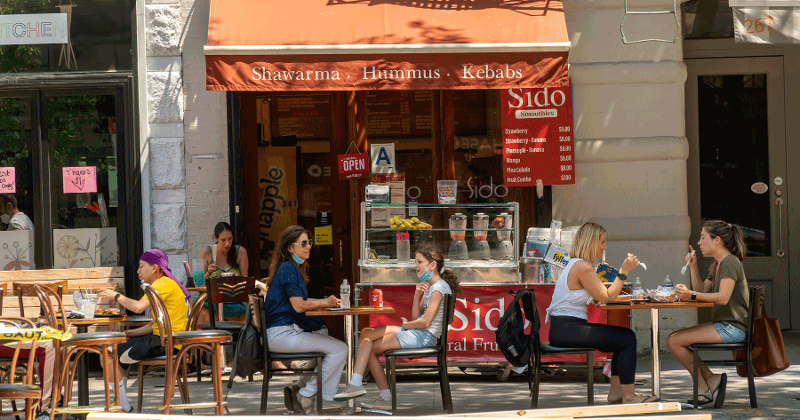 Researchers tracked the movements of 98 million Americans in 10 of the country’s largest cities to create predictive modeling of infection risk based on where people went, how long they stayed and how crowded those places were.

Using modeling, rather than actual contact tracing, is not definitive enough to point the finger at restaurants as a major source of coronavirus spread, the Association said.

“Absent contact tracing and public health data determining who among the groups actually contract the virus and without a higher level of specificity to where they contracted it, using a modeling exercise with anonymized location data pulled from mobile devices is not an acceptable way to determine that restaurants are a likely cause for virus transmission,” the industry advocacy group said.

Among the Association’s other issues with the Stanford research:

“Due to the complexities of the real world, predictive models are inherently fraught with error even under the best of circumstances,” the Association noted. “In this case, the researchers' model seems to fit their data, so they conclude that it is reasonably accurate. However, this is not enough to assert that restaurants are a significant source of risk across the entire United States.”

The Texas Restaurant Association, in a statement, expressed similar concerns about the study’s computer modeling and general scope.

“We’re eight months into this pandemic, and the stakes are simply too high for our public health and for our economy to continue to let sensational news headlines—rather than health data—drive our collective efforts to combat COVID-19,” the Texas Restaurant Association said. “Restaurants will continue to implement all of the evidence-based strategies doctors advise so we can provide a safe alternative to the unregulated, in-home gatherings that we know are driving the spread of COVID-19.”