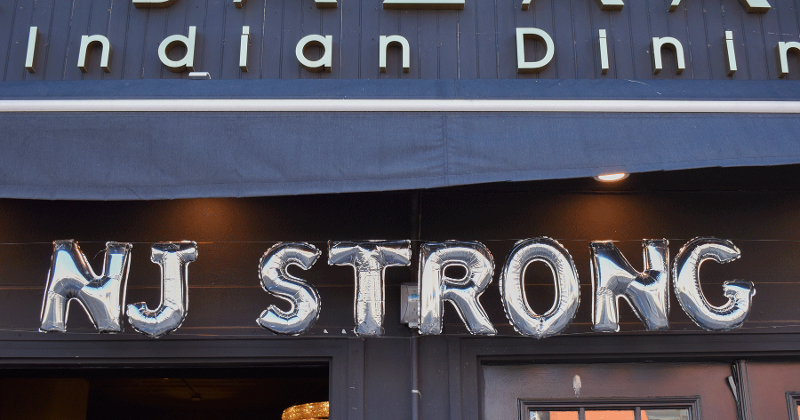 New Jersey has given restaurants a go-ahead to resume dine-in service as of 6 a.m. on Friday, just in time for the Labor Day weekend.

Windows must be left open to facilitate the flow of air through dining rooms. Similarly, the state is requiring that air conditioners be set to pump the maximum possible amount of fresh air into a restaurant’s interiors, and that the recirculation setting not be used.

Patrons may be seated at a restaurant’s bar to eat, but parties have to remain six feet apart. A group at the bar cannot exceed four people.

The city had ordered dining rooms closed for a second time about seven weeks ago, after new coronavirus infections spiked in other states. Gov. Phil Murphy explained at the time that he was worried about out-of-towners bringing the coronavirus with them into New Jersey and sparking an upsurge there. He acted at the same time New York decided not to re-open restaurant dining rooms in New York City.

New Jersey becomes the third state in four days to permit the resumption of dine-in restaurant service. California unveiled a new infection-monitoring system on Friday that enabled restaurants in a minority of the state’s 58 counties to re-start indoor service at 25% of maximum capacity as of Monday morning. New Mexico announced on Thursday that it would allow 25% of restaurant dining rooms to be put back into use.

The state’s move leaves New York City as one of the few major jurisdictions to forbid indoor restaurant dining, a distinction that doesn’t sit well with establishments there, just across the river from New Jersey.  New York Mayor Bill de Blasio and Gov. Andrew Cuomo have kept dining rooms closed because of the city’s unique population destiny and distinction as one of the world’s busiest travel hubs.

“With indoor dining resuming soon in New Jersey, New York City will be surrounded by indoor dining but locked out from participating at significant economic peril," Andrew Rigie, executive director of the New York City Hospitality Alliance, said in a statement in response to Murphy’s announcement early this afternoon. “The situation is at a boiling point and our government leaders must immediately develop a plan to reopen indoor dining across the five boroughs, like what’s been provided to restaurants throughout the rest of the state. Otherwise, our city’s economic crisis will reach a point it cannot come back from.”

Topgolf’s founders tee up a new concept for U.S. expansion

Taco Bell brings back its Steal a Base, Steal a Taco promotion