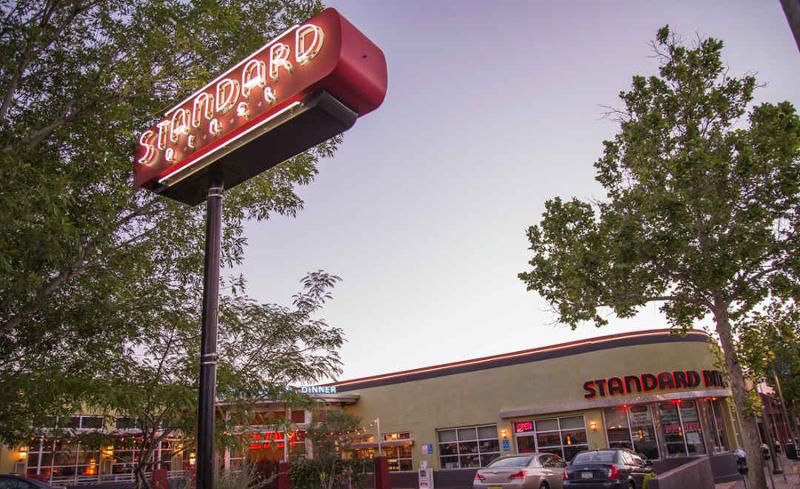 Photo courtesy of the Standard Diner

Matt DiGregory, who owns multiple restaurants around the Albuquerque area, was in the middle of clearing alcohol out of some of his establishments Monday to prepare to temporarily close them after the state mandated a dine-in shutdown.

Then came word that a court had declared restaurants could reopen. Two hours later, the order came that dining rooms, in fact, had to remain closed.

“It’s been a roller coaster,” DiGregory, who owns seven restaurants and has been in the business more than 30 years, said. “It’s about as frustrating as it could possibly be. It’s a lifelong work that’s being completely destroyed. A lot of people are faulting the governor or faulting our restaurant association. But it’s the virus that’s causing everything and no one really knowing how to respond to it. For us, it’s been a challenge of epic proportions on how to survive it.”

Operators around the country are experiencing whiplash of sorts as states roll back their reopening plans or reclose some restaurant and bar operations amid surging coronavirus cases.

But nowhere was that stressful back-and-forth more apparent than in New Mexico on Monday.

On July 13, New Mexico Gov. Michelle Lujan Grisham shut down all indoor restaurant dining as the state’s coronavirus cases grew. It had been allowed, at a reduced capacity, since June 1.

On Monday, however, a judge from the state’s 5th judicial district temporarily suspended Grisham’s order in response to a request filed by the New Mexico Restaurant Association. Later in the day, the state’s Supreme Court granted the governor’s emergency request to stay the previous judge’s order.

“Businesses all across New Mexico have been battered by the effects of this pandemic; they are owed consistency and fairness,” Grisham said in a statement.

The state’s restaurant association called the legal wrangling “a game.”

“It is painful that the lack of response by the governor’s office in District Court was just a game to move this into the Supreme Court, costing restaurants vital resources, regardless of the damages to businesses and families,” the New Mexico Restaurant Association said in a statement. “We are still requesting that the governor engage in a dialogue with our industry to address the pandemic in a way that does not ruin business.”

Pre-pandemic, DiGregory owned nine restaurants. He’s now down to seven, with two closed temporarily and two likely to close permanently by the end of the week. He once had 550 employees and is now down to 60, with further layoffs planned. On Tuesday, he was trying to figure out how to add patio seating at three restaurants that didn’t have that set up yet.

Operators in his state have faced criticism for participating in a peaceful protest sponsored by the restaurant association earlier this month, he said. And they’ve also been criticized for receiving Paycheck Protection Plan money, he said.

“Now, we’re getting people who are boycotting us because we’re participating in a peaceful protest, because of the PPP list of who got money,” he said. “I feel like a punching bag. … We’re just trying to survive.”