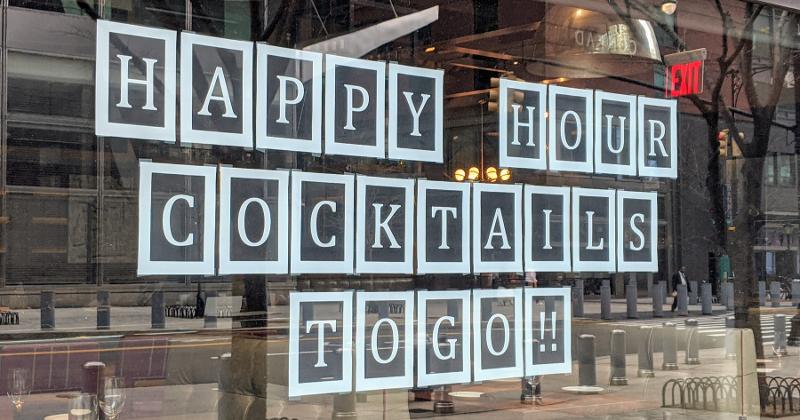 New York state is ending to-go sales of alcohol by restaurants and bars Thursday, putting the brakes on a popular pandemic concession as the governor lifts the state of emergency that has been in place there since the pandemic began.

The New York State Liquor Authority posted the update on Twitter Wednesday afternoon, noting “the temporary pandemic-related privileges for to-go and delivery of alcoholic beverages will end after June 24.”

The ending of the state of emergency also puts an end to the executive order that permitted alcohol delivery in New York.

To-go sales of alcoholic beverages was a life raft for many bars and restaurants that were shut down for on-premise consumption amid the coronavirus crisis. Operators around the country came up with creative ways to package and sell individual cocktails and kits.

A number of other states are eyeing similar legislation to make the temporary allowances permanent, a move that seems to be popular with restaurant operators, consumers and state governments that are reaping the tax bonuses.

The Liquor Authority’s statement on Twitter drew a large number of negative responses, including one who complained about the timing, “Very helpful 24 hour notice,” the commenter said. “I’m sure no licensees have planned purchases based on the status quo or anything like that!”