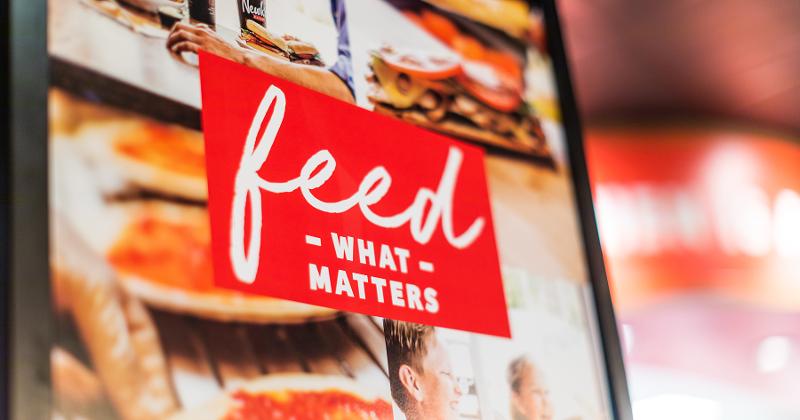 Newk’s Eatery is rolling out a new store design across the fast-casual chain, one that will shave significant square footage off new units while recognizing the consumer pivot to off-premise that’s taken hold of the industry since the chain opened its first store 15 years ago.

The Jackson, Miss.-based brand, which operates and franchises more than 120 locations, remodeled seven units in its hometown and plans to open a new prototype store in Athens, Ga., early next month, Newk’s CEO and founder Chris Newcomb said. It’ll take about a year to 18 months for all units to be updated.

So far, the remodeling projects have been done at night to avoid unit shutdowns.

New units will shrink from upwards of 4,400 square feet down to about 3,200 square feet, Newcomb said, with the reduced footprint coming from both the front and back of house. New stores will have about 20% fewer seats than older models.

“We found guests were either spending less time in the restaurant or shifting to catering and delivery,” he said.

To-go orders will be picked up from a separate area, with its own registers and entrance.

In the kitchen, all remodeled units will have new equipment that will allow the chain to cook turkeys and roasts in-house. Newcomb declined to specify the type of cooking equipment, but said it decreases cook time and labor.

Those potential new protein offerings will fit well with the chain’s latest offering of family-style dinners. Newk’s is also amping up its catering program, adding catering staff and employing a catering call center to allow in-house staff to focus on sales, he said.

Other changes to Newk’s include an updated beverage station with new offerings including lemonade, natural sodas and agua frescas; updated lighting, countertops, booths and wood accents; new plates; and new menu boards. A mosaic wall of teal tiles will be added to each store to showcase the brand’s efforts to raise awareness and money for ovarian cancer research and support.