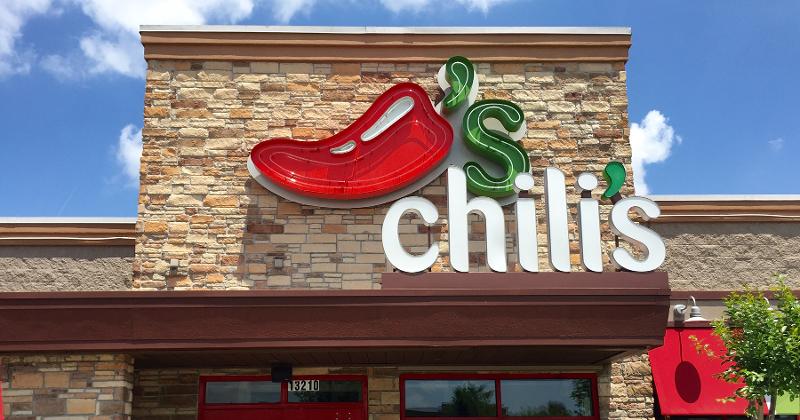 A late-comer to delivery, Chili’s Grill & Bar is striving to capitalize on the opportunity by reconsidering its staffing and packaging for off-premise business.

Executives of parent company Brinker International attributed the casual-dining chain’s increase in same-store sales for the first quarter ended Sept. 25 in large part to the benefits of adding delivery. Comps rose 2.9% for company-operated restaurants and 0.4% for franchised units. Asked about the discrepancy in results for franchised and company stores, Brinker CEO and Chili’s President Wyman Roberts cited differences in the rate of adding delivery.

After holding off on that service while competitors cannonballed into it, the casual chain finally took the plunge during the summer through an exclusive deal with DoorDash. Brinker executives did not divulge what portion of Chili’s sales are currently generated by delivery.

Chili’s posted positive comps for Q1 despite a rollercoaster pattern to its traffic, according to Roberts. “We were relatively soft early in the quarter like the rest of the industry, but we saw sequential improvements throughout the quarter and ended September with positive traffic,” he told financial analysts yesterday.

That upswing in transactions has continued into October, Wyman said, though he declined to quantify the increase thus far in Q2.

Chili’s sister concept, 52-unit Maggiano’s Little Italy, posted a 1.8% decline in Q1 comps. CFO Joe Taylor attributed the decrease to a reduction in marketing and the short-term fallout of switching the chain from multiple delivery-service partners to an exclusive deal with DoorDash.

Roberts described delivery as a “powerful channel for our category” and stressed, “We’re just getting started.”

To exploit the opportunity, he said, “we’re working hard to optimize profitability through alternative packaging and new staffing models, while we test additional initiatives to leverage the long runway for growth we see in this segment.” He declined to provide details, but noted that any methods discovered for improving the customer experience will be adopted quickly. Roberts revealed that Chili’s fields feedback from 20% of its clientele on any given day.

Chili’s also intends to boost sales and traffic through changes in the way it prepares the chicken used in dishes such as a new sandwich, Chicky Chicky Bleu. The chain is now pounding chicken breasts flat in its kitchens, instead of buying the meat prepounded, and hand-breading its chicken tenders to order. “We upgraded the quality of a key product,” Roberts said.

The casual brand ended the quarter with 1,061 units.

Overall, Brinker reported a net profit for Q1 of $14.9 million, a 43.6% drop from the figure for the year-ago quarter. Taylor noted that profits were dampened by the cost of off-premise packaging and accounting changes required by certain executives reaching the age where they can retire.