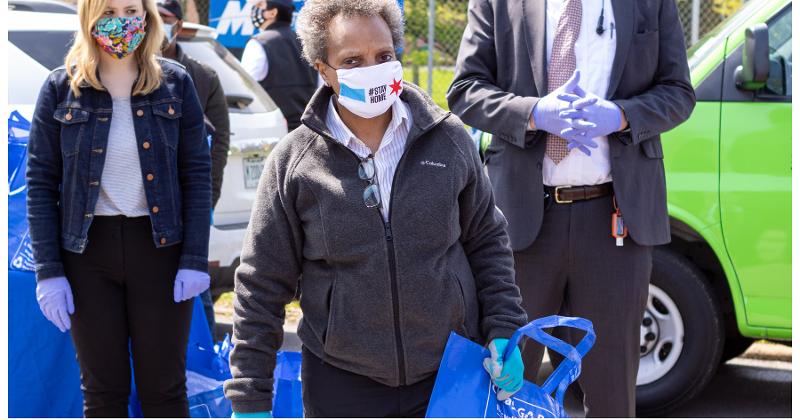 With the omicron variant plunging the nation back into crisis mode, a number of U.S. cities are adopting new protocols to prevent restaurants from becoming spreader sites.

Chicago and Boston announced on Monday and Tuesday, respectively, that they will prohibit consumers from dining inside a restaurant if they can’t present proof of having been vaccinated against COVID-19. For Boston, the mandate will bring the city in line with several surrounding municipalities that have already adopted vaccination requirements.

The city council of  Oakland, Calif., voted unanimously on Tuesday to impose a vaccination requirement for dining inside a restaurant. Operations there are required starting Jan. 15 o post notices that access will be denied starting Feb. 1 to any guest who can't prove they've been inoculated. Several surrounding cities, including San Francisco and Berkeley, have already put that protocol in place, as has nearby Contra Costa County.

No U.S. state or major city is known to have reverted back to seating capacity caps, the measures widely re-adopted a year ago to slow the spread of the coronavirus version that prevailed at the time. The limits on how many customers could be in a restaurant at any given time were viewed as a huge barrier to bringing sales back to the pre-pandemic levels of 2019.

But the bordering Canadian province of Ontario, home to Toronto and Ottawa, imposed a 50% limit on indoor restaurant seating on Sunday. The jurisdiction also set a 10 p.m. curfew on alcoholic beverage sales, another safety measure that was hard for U.S. restaurants to swallow in 2020 and ’21.

Government leaders have justified the implementation of vaccine mandates by noting that the economic impact will likely be less severe than the fallout from new capacity restrictions. But restaurants in areas that already had an inoculation requirement in place, including San Francisco and New York, say they’ve lost business because of the measures.

Those cities, along with New Orleans, Los Angeles and Philadelphia, were joined this week by Boston. The city’s new mayor, Michelle Wu, announced Monday that her charge will phase in a vaccination requirement for dine-in restaurant customers starting Jan. 15.

As of that date, consumers over age 12 will be required to show proof they’ve received at least one inoculation shot. The scope will be broadened over the next four months until every would-be customer over age 5 must present proof they’ve gotten two shots of the Pfizer or Moderna serum or a single shot of the Johnson & Johnson vaccine if they want to sit inside a restaurant or bar.

The time frame sketched out Monday indicates that Boston officials expect the omicron surge to extend well into the spring.

Wu’s announcement left open the possibility that the city will broaden the measure to include a mandate that restaurant guests prove they’ve gotten the Pfizer or Moderna booster shot.

At the time of this posting, it was not clear if the vaccine mandate would extend to employees. Wu did not cite proof of a negative COVID test as an acceptable alternative to vaccination proof.

Chicago, however, is allowing restaurant employees to forgo vaccinations if they can prove they’ve recently tested negative for COVID-19.

Guests will not have that option, said Mayor Lori Lightfoot. Starting Jan. 3, they will be required to show proof of being fully vaccinated, meaning they’ve received at least two shots of the Pfizer or Moderna vaccine.

An exception will be extended to patrons who are in and out of a restaurant in less than 10 minutes, a provision intended to ease to-go or delivery sales. However, under an existing mandate, those customers will be required to wear facemasks.

Chicago’s requirement will remain in place “until the city deems the threat of COVID-19 has diminished significantly,” Lightfoot said.

Like Wu, Lightfoot said the blistering fast spread of the omicron variant spurred officials to adopt the mandates.

“We didn’t want to get to this point, but given the situation we find ourselves in, we simply have no choice,” Lightfoot said. She commented that she has not been as frightened by COVID’s threat to her city since the very early days of the pandemic.

And, she said, conditions are likely to worsen before they get better.

Now, as at the beginning of the pandemic, hospitals say they’re being flooded with more COVID infections than they’re equipped personnel- and equipment-wise to handle. There is agreement that the omicron variant is the culprit.

Health experts have expressed amazement over the speed with which omicron has been spreading. A week ago, it accounted for 3% of new COVID cases, which were also at a much lower number at the time. Now the number of cases is soaring, and the percentage brought by omicron has skyrocketed to 73%.

In the instance of Chicago, Lightfoot said, the tally of new infections has jumped to an average of 1,700 per day, compared to 300 cases just a short while ago.

Lightfoot ended her prepared marks by imploring Chicagoans to get vaccinated and warning that more stringent measures could follow if the vaccine mandate doesn’t flatten the danger.

“We will leave no options off the table,” she said.

Lightfoot acknowledged that there will likely be considerable resistance to the mandate, but commented that extreme conditions require extreme measures. “A significant risk in our city remains the unvaccinated,” she said. “It’s time for a change.” So the proof-of-vaccination requirement “in fact is inconvenient by design.”

Wu’s announcement Monday was greeted with boos from the crowd that was present.

Update: This story has been updated to include Oakland's adoption of a vaccine mandate late on Tuesday.