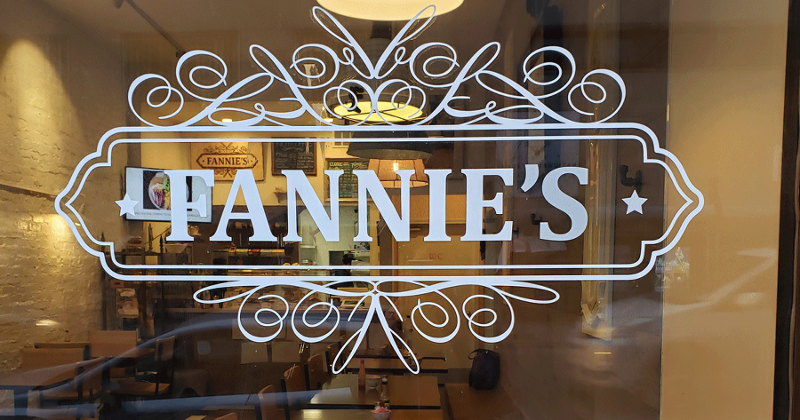 Stephanie Rybandt, who has owned Fannie’s Cafe in Chicago for nine years, wanted to make it through the holiday season selling baked goods and take-and-bake casseroles but she had simply run out of money.

Rybandt’s tiny bakery-cafe muddled through the pandemic spring and summer, thanks to Paycheck Protection Program funds. As the weather turned colder, she applied for an Illinois Business Interruption Grant. Week after week went by, and she kept being told her application was “processing.” Meanwhile, she watched her bank account get smaller and smaller.

After seven weeks, she made the heartbreaking but necessary decision to close her doors at the end of November.

“I told everyone, ‘I’m sorry,’” Rybandt, who had seven employees, said. “I didn’t have any funds at the time we made the decision to call it. We weren’t able to cover payroll. I couldn’t tell people I couldn’t pay them.”

So, Rybandt closed the cafe, packed everything up and sold off some of her equipment.

A few weeks later, she got an email, congratulating her for being a Business Interruption Grant recipient. At first, she thought it was spam. And then she saw the $25,000 in her bank account.

She considered giving the money back and staying closed.

“We already closed,” she said. “I’d walked away. It was a big deal to do that. The business had been through so much. It was emotional.”

She weighed the pros and cons, deciding to open back up again last week.

“In the end, I just love this business so much,” Rybandt said. “And I did not like going down that way.”

So, she talked to her landlord, who was willing to suspend Fannie’s rent “until we could see how it goes,” she said. And she trimmed her breakfast-and-lunch menus by more than half, with a focus on baked goods and casseroles that could be ordered in advance.

“We can have a better handle on supply costs and payroll costs,” she said. “The staff knows the hours might be a little wonky, they will be directed by what orders come in. The scaled-down menu allows me to not have to buy so many things to have on hand and ready.”

A few days before reopening, Rybandt began teasing the plans on social media, posting an empty bakery case with the text, “You know, MJ came out of retirement for a threepeat” followed by pictures of scones and cookies in subsequent days.

Rybandt said she and her employees joked about coming out with a menu of zombie-themed items as the cafe returned from the dead.

“My coping mechanism is my sense of humor,” she said.

Like many small, independent restaurant owners, Rybandt has found the process of trying to survive the pandemic frustrating, complicated by a lack of clear guidance from the government.

“None of us had any idea this would go on for this long when it all started,” she said. “We all thought it was going to be temporary. When you think something’s a temporary problem, you come up with temporary solutions.”

She said it would’ve been helpful not to have a usage deadline on the first round of PPP funding. “I know how to stretch out money,” she said.

And, she wishes she had received better communication around the Business Interruption Grant so she wasn’t forced to shut down the cafe.

But she is looking forward to this next life for her restaurant and is working on collaborations with out small businesses in her neighborhood on the Northwest side of Chicago.