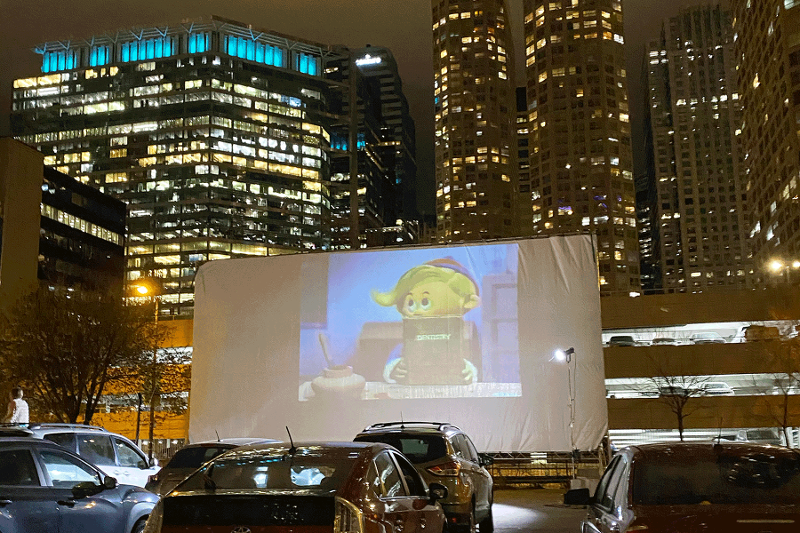 With the pandemic surging and more restaurant shutdowns underway, operators around the country are finding new ways to be creative as they fight to survive what is shaping up to be a long winter.

Here’s a look at some recent innovative ideas from independents up to large chains:

City Winery, the chain of dinner theaters that featured live music in pre-pandemic days, is trying a new way to safely bring back its entertainment and on-site clientele. Through the end of the year, the operation’s New York City branch is opening its doors on Tuesday and Wednesday nights exclusively to patrons who are willing to take an instant-results COVID-19 test as a condition of their entry. The test is administered at the door, and only individuals who test negative will be admitted. The staff will similarly be tested before being allowed into the facility for their shift, ensuring that everyone inside is not infected with coronavirus.

For the privilege of being in that safe environment, customers pay $50 for the test. The fee is pre-paid as a condition of reserving a seat via Resy. City Winery says 100% of the charge goes toward the price of the test, and it notes that customers are awarded with a glass of sparkling wine while they await the test results.

The idea is similar to one that was put forth in San Francisco by former mayor Willie Brown. In a recent installment of his column in the San Francisco Chronicle, the flamboyant former politician suggested that restaurant reservations be limited to consumers who test negative for COVID-19 three days before they intend to dine out. Essentially, the test would screen out likely carriers of the coronavirus.

Chef and restaurateur Rick Bayless, his restaurant operations drastically scaled back because of the pandemic, has launched a subscription-based YouTube channel to help keep some of his staff employed.

For $4.99 a month, subscribers get two videos each week from Bayless —a shorter one and a more in-depth one. For $9.99 a month, viewers receive those two videos plus a live monthly cook-along session with the celebrity chef that includes a shopping list of necessary ingredients and tools.

Subscribers will also get “little add-ons,” he said, like tours of his home kitchen in Chicago and knife-sharpening how-tos.

Bayless debuted his new member channel late last month and has 300 paid signups so far. He said that 1,000 memberships would make the project self-sustaining and allow him to retain several employees.

All of the recordings are done via iPhone, with inexpensive lights and microphones, he said.

BJ’s Restaurants is testing a new beer subscription program in Northern California. As part of the club, members pay a $30 upfront fee to access a variety of perks.

The foods and beverages included in those rewards are worth $75, the chain said, and include exclusive access to small-batch brews.

Every other month, members receive a 750 ml bottle and four 16-ounce cans of the limited-run beers, as well as a large deep-dish pizza for takeout. Members can also refill a growler for $5.

Brew club members who dine on-premise with BJ’s receive a Pazookie dessert and appetizer and can upgrade any 16-ounce beer to 20 ounces for no extra charge.

BJ’s CEO Greg Trojan said earlier this fall that the chain is seeing a “high level of engagement” among those who sign up.

Chicago-based counter-service restaurant Antique Taco has transformed its 10,000-square-foot corner lot into an old-school drive-in with carhops. The space had previously been used for patio dining.

The new space has nine spots for cars, along with posts to mark the spaces with ordering instructions.

The restaurant’s original menu is available at the drive-in, but there are some comfort-food additions like a cheeseburger taco and a crunchy taco. 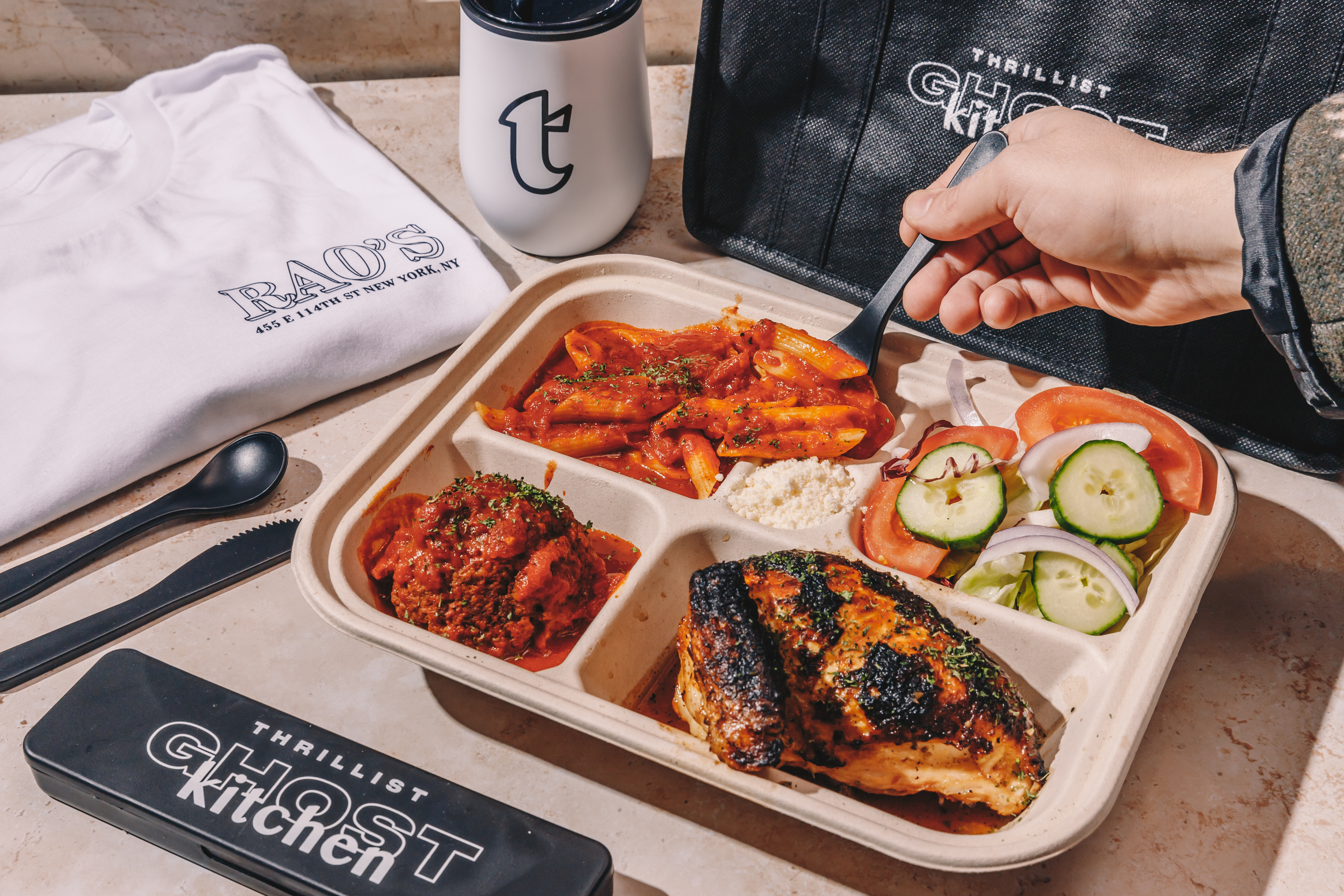 A rotating ghost kitchen pops up for chefs

The program begins next week and will run until mid-April on Wednesday, Thursday and Friday evenings. Ten independent restaurants will have the chance to lead a two-week chef residency, offering limited edition meals for delivery only. So far, such New York City favorites as Rao’s, Sylvia’s, Chinese Tuxedo and Caracas Arepas Bar have signed on.

All costs, including food, labor, packaging and delivery,are covered by Thrillist. Customers purchasing delivery will also receive a custom t-shirt inspired by the restaurant and designed by a local artist, along with abranded reusable insulated bag, cutlery set and wine tumbler.

“This rotational ghost kitchen residency allows us to leverage our operations and technology platform to support chefs impacted by COVID-19,” Kristen Barnett, Zuul’s director of strategy, said in a statement.

As in the U.S., the pandemic has forced employees in France to abandon their offices and work from home. Elior, a foodservice provider at corporate locations, teamed up with i-Lunch, a tech startup, to create Tele-Restau, a platform that shifts the corporate cafeteria to an online space. This allows companies to continue to provide lunch to housebound employees as a work-life enhancement. The meals are delivered to workers’ homes and eliminate the stress of sourcing or making lunch.

A chef takes up ‘glamping’ to cater private dinners

In August, San Francisco chef Anthony Strong closed his restaurant Prairie, telling customers that he was going camping. While off in the woods, he had the idea to convert a VW van into a private dining room that he parks in a customer’s driveway, serving up a “glamping menu.”

Strong gutted the inside of the van, installing banquettes and a table. Outside, he’s hung an awning and arranged lawn chairs around a cooler and camping stove. Most of the cooking takes place on a charcoal grill.

A four-course private glamping dinner may include several appetizers served outside with bubbly, followed by soup poured from a thermos, charcoal-grilled fish, poultry or steak and a campfire-inspired dessert. Prices start at $88 per person, according to Eater San Francisco, and the chef limits the guest list to four diners. 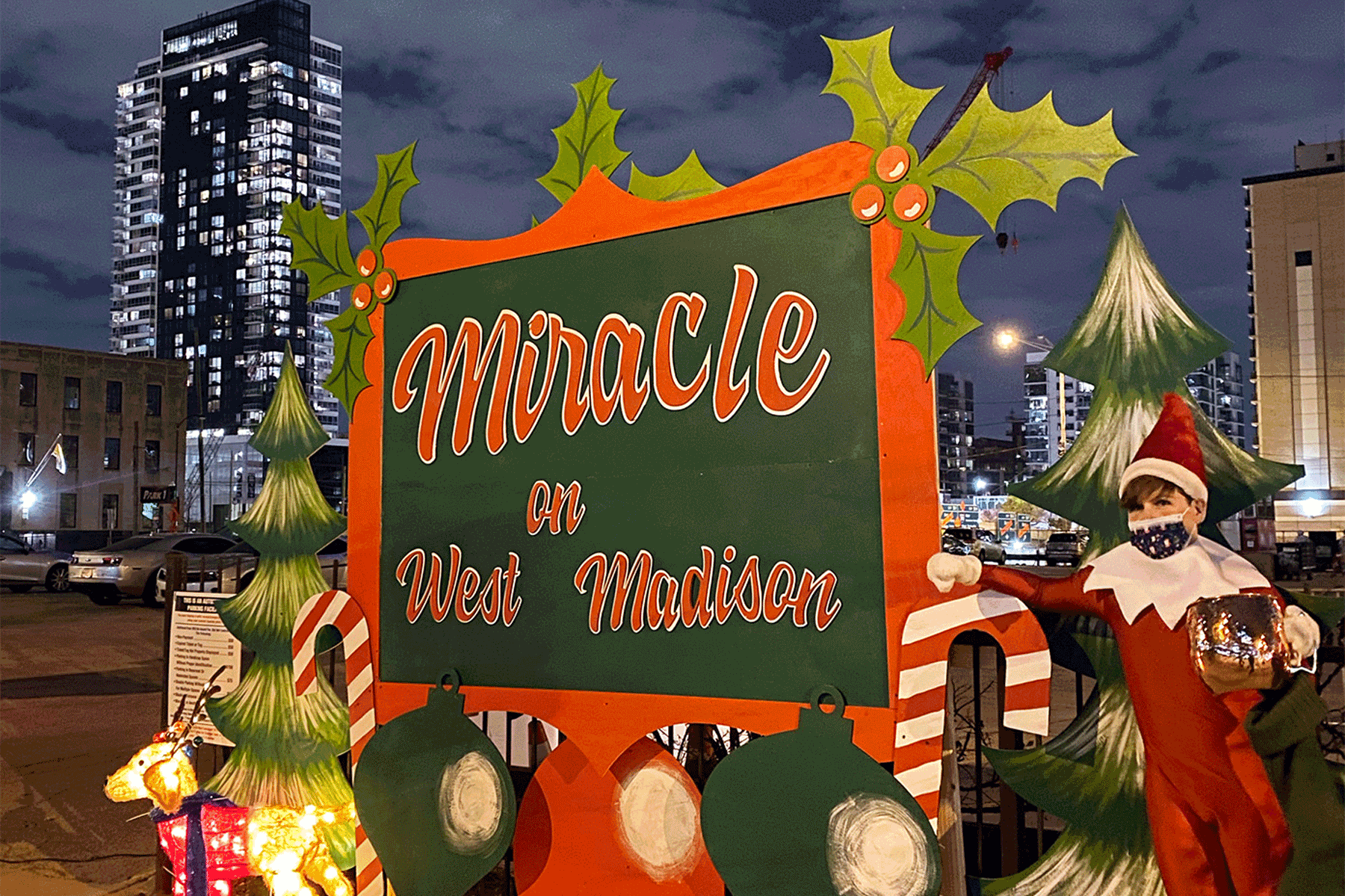 Chicago arcade bar Replay Lincoln Park has gained a following for its over-the-top pop-ups. With indoor entertainment and drinking off-limits this holiday season, owner Mark Kwiatkowski and his team are setting up two outdoor movie experiences geared to families.

Miracle on West Madison is taking place in Chicago’s West Loop neighborhood and The Holly Jolly Drive-In is happening in the city’s Lincoln Park. Ticketed guests will be treated to a holiday-style movie experience, enhanced with twinkling decor and appearances by The Grinch, Santa and Mrs. Claus, the iconic reindeer and other familiar characters.

Each experience is open for reservations through Christmas Day. Both take place from Thursday through Sunday evenings at staggered 1½-hour time slots and tickets are $75 per carload.