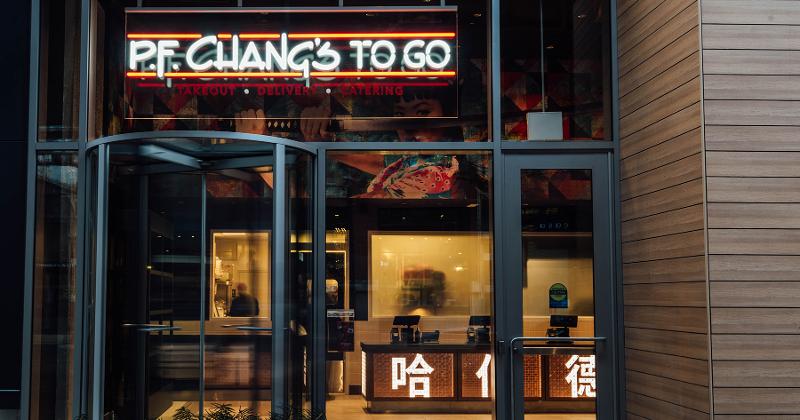 P.F. Chang’s has opened the prototype of its new expansion concept, P.F. Chang’s To Go, a scaled-down venture offering only takeout and delivered meals.

The first store, a 2,000-square-foot outlet in the River North section of Chicago, is the first of three units scheduled to open in the Windy City this year. The parent chain said it is also developing branches in New York City, Long Island and Washington, D.C.

The To Go concept will feature a pared-down version of the menu offered in full-service P.F. Chang’s restaurants, which are formally called P.F. Chang’s Bistros.

“Only 25% of U.S. households are conveniently located to a P.F. Chang’s and distance is the No. 1 reason our guests say they are not able to visit us as often as they would like,” Chris Demery, SVP of off-premise for Chang’s, said in a statement. “P.F. Chang’s To Go, along with the continued delivery availability from Bistro locations, will allow us to reach more guests nationwide.”

The company noted that it operates four Bistros in the Chicago area. About 300 Bistros are in operation worldwide.

Chang’s is the latest casual-dining chain to open scaled-down units with limited service and an emphasis on takeout and delivery. Outback Steakhouse broke ground in December for a third unit of Aussie Grill by Outback, the first in the venture to feature a drive-thru.

An Applebee’s franchisee has opened a scaled-down riff called Applebee’s Express, and a Famous Dave’s franchisee is operating a variation called Real Famous BBQ. Texas Roadhouse said it will step up expansion this year of a fast-casual called Jaggers. Hooters is developing a spinoff called Hoots.

Chang’s was one of the first casual chains to spin off a fast-casual venture. Its Pei Wei Asian Diner was sold to the parent of Pick Up Stix and the Leeann Chin Asian chain last June.