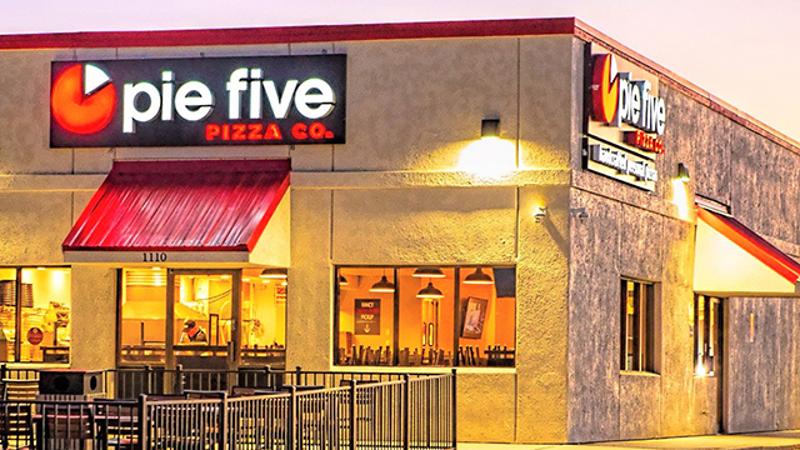 During the quarter ended Dec. 29, Pie Five shuttered six stores and opened three, bringing its total unit count to 53. The chain had about 100 locations two years ago. It reported a same-store sales decline of 7.3% last September.

In an interview last year with Restaurant Business, Brandon Solano, Rave’s new CEO, referred to Pie Five as “almost a blank slate,” as the Dallas-based parent company, which also operates quick-service chain Pizza Inn, looks to turn around the brand.

“Although Pie Five isn’t where we want it to be today, we are unwavering in our commitment to rebuild the brand and confident we have the right leadership team in place to put us back on the right track,” Solano said in a statement. “We see a huge opportunity to reposition the brand and better articulate the overall Pie Five brand promise to consumers. We also have some menu work to do that will solidify Pie Five as a disruptor and leader in the fast-casual industry.”

Pizza Inn, meanwhile, reported a same-store sales increase for the quarter of 2.4%. The chain opened three units and closed two for a net total of 153 stores for the quarter.

Systemwide revenue for the quarter decreased to $2.8 million., which the company attributed to a decrease in franchise royalties and franchise license fees.

“As we work through our transformation, we’re making strategic investments in new leadership that will address underperforming areas of our business and create operational efficiencies that will lead to a stronger business model,” Solano said in a statement.

The company is scheduled to hold a call with analysts to discuss the earnings numbers Wednesday afternoon.