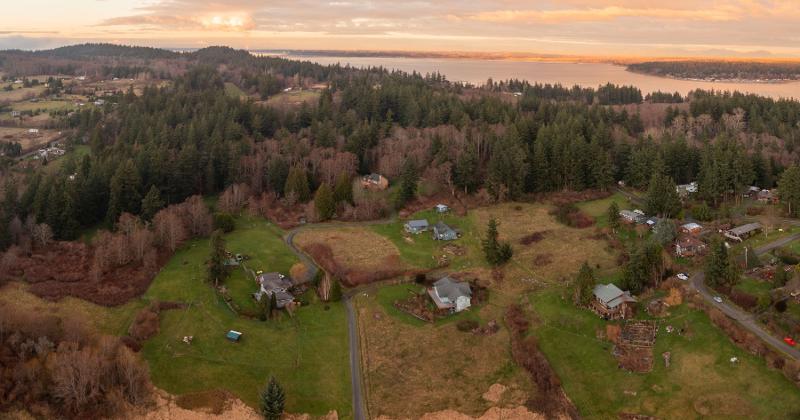 Lummi Island is about two hours from Seattle, accessible by ferry./Photograph: Shutterstock.

The Willows Inn on Lummi Island in Bellingham, Wash., an exclusive Pacific Northwest dining spot that has been linked with reports of sexual harassment and wage theft charges, has closed permanently—at least for now.

Operated by chef Blaine Wetzel, who had worked previously at the famed Noma in Copenhagen, the restaurant is on a tiny property on the island in the Puget Sound, which is part of the archipelago that includes the San Juan Islands. The rustic but high-end restaurant was often included in “bucket list” roundups of culinary destinations. Wetzel was said to source ingredients only from the island.

But The Willows has reportedly been plagued for over a year by allegations that included sexual and verbal harassment, bullying, subjecting workers to racist and sexist language and working long hours, according to The New York Times. The investigation prompted protests on the island by locals.

A class-action lawsuit about working conditions filed by workers alleged wage theft and wrongful termination. It was reportedly settled earlier this year for $1.37 million, which followed an earlier settlement in 2020 for another $600,000.

Many reviews of the fine-dining horror movie “The Menu,” which hit theaters earlier this month, said The Willows was an inspiration.

The owners of the inn, Tim and Marcia McEvoy, have donated the property to Lighthouse Mission Ministries of Bellingham, a Christian organization dedicated to helping the homeless.

In a statement issued this week, the nonprofit said it will evaluate the best use and value of the two parcels that were donated, which have a combined assessed value of about $2.04 million.

The Willows was known primarily for its restaurant, but the inn could house up to 16 overnight guests in eight rooms. Typically, the property would go on hiatus for the winter, and the Lighthouse statement said it closed for the season earlier in November.

The statement also implied the property would be sold to help fund a construction project underway elsewhere to provide housing and support to those in need. Lighthouse Mission Ministries said it’s too early to know whether a potential new owner of The Willows would want to operate the restaurant and inn as it has been, or do something entirely different.

Wetzel, meanwhile, who is married to chef and restaurateur Daniela Soto-Innes (formerly of Cosme, Atla and Elio), is reportedly opening a restaurant with her in Puerto Vallarta.

At a food festival in October, Soto-Innes said she is working on a project in Nayarit that’s coming up in mid 2023.

“We’re going to bring the entire family from the island (Lummi) to Nayarit and embody our roots again,” said the Mexico City-born chef.