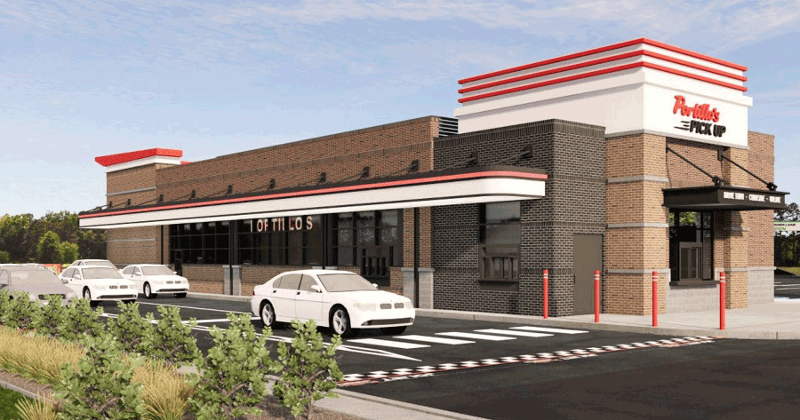 It’s barely been a month since Portillo’s opened its first-ever restaurant without a dining room.

But CEO Michael Osanloo said early results of the Portillo’s Pick Up unit in Joliet, Ill., which has three drive-thru lanes but no indoor seating, are very positive.

“We’re not just happy with the results,” Osanloo said on the Restaurant Business podcast “A Deeper Dive.” “We’re blown away by the results. It is performing far beyond our expectations.”

The pared-down store was first imagined as a “pressure-release valve” for a location about five miles away in Shorewood, Ill., he said. That restaurant was “bursting at the seams,” he said, and Portillo’s hoped to alleviate some of the congestion, though he said the new location is not taking as much business from Shorewood as predicted.

“We think we might have found something very, very special that would help us with fortressing in Chicago and elsewhere,” Osanloo said. “We’re super excited by it.”

Two of the drive-thrus function like old-school ones, while the third is an order-ahead, pick-up lane called the “Fast Pass” lane, in the style of Chipotle Mexican Grill’s Chipotlanes.

If the smaller restaurants can be scaled, they could potentially help with labor challenges for the 69-unit brand, which recently went public. The Joliet location has about 90 workers on its full roster, with about 20 to 25 people per shift, far fewer than a full-sized Portillo’s, he said.

“The labor markets are crazy,” he said. “I feel like it’s one of those things where the goalposts keep moving. The dynamic is unlike I’ve ever seen in my professional career.”

Osanloo said workers at the Pick Up unit are making at least $15 an hour and that hiring for that location hasn’t been a challenge.

In addition to competitive pay, Portillo’s has placed a major focus on leadership training and promoting from within in recent years.

When Osanloo joined Portillo’s in 2018, 80% of management roles were filled from outside the company.

Now, though, about 83% of Portillo’s management hires come from inside the brand. After someone has been with the chain for a couple of years, they begin receiving leadership and management training.

“We’re doing a really good job of growing our own,” he said. “The restaurant industry can be a wonderful career path.”