Pan Hompluem currently operates two boil-in-bag seafood restaurants in Chicago—but he wants to open many more. And that meant he had to radically rethink his concept’s service model.

Looking for a more scalable option, the newest Lowcountry relies on what he calls “half service.”

The first Lowcountry restaurant, near Wrigley Field, is a traditional full-service operation, with servers taking orders and ferrying steam-filled bags of crab, shrimp and crawfish to each red gingham-topped table. Similarly, guests at the new 140-seat restaurant (which is about 40 seats larger than the original) are first seated by the host. Then, though, they get up to order food from a pared-down menu at two different counters—one for food and another for drinks. Guests receive a table tent with a number on it, so food runners know where to deliver each meal. 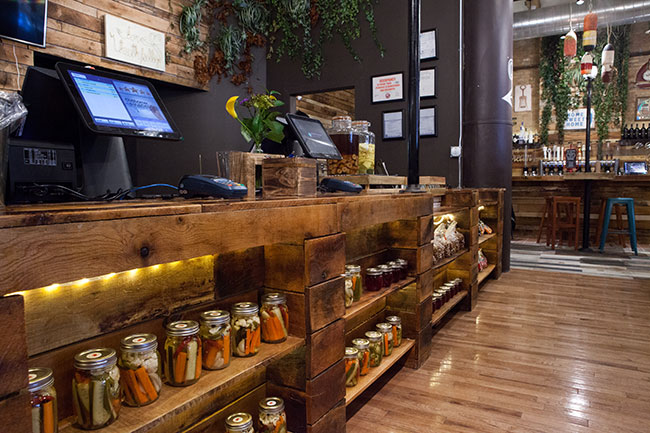 Check averages are down at the half-service Lowcountry since the menu features fewer premium items than the original, he says. However, turn times are up significantly. At the Wrigleyville Lowcountry, tables turn over about once an hour; at the new unit, it’s every 40 minutes, Hompluem says. On busy nights, waits have been upwards of an hour, he says.

The menu, too, has been designed so that average cook times are half those of the original restaurant. (“Popcorn chicken takes five minutes. That’s too long for me,” he says.) And a revamped bar program focuses on draft cocktails that can be poured quickly instead of being mixed individually by hand. 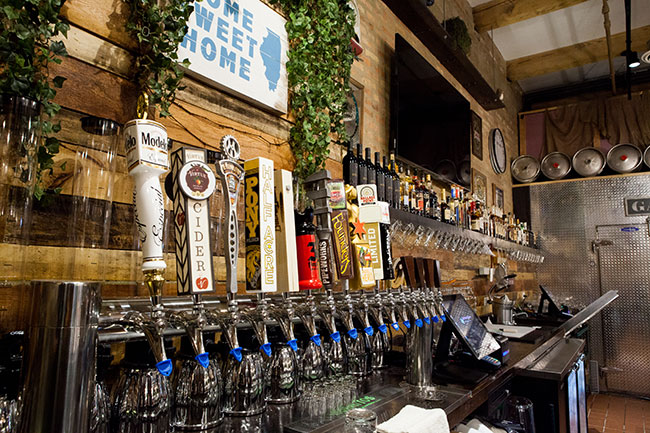 The new bar program has been so successful that Hompluem just installed keg lines and a highball machine at his first restaurant so he can serve the draft cocktails there.

Lowcountry’s half-service model took some tinkering, though. Originally, customers ordered at the counter before being seated. That led to a line of people with food but nowhere to eat, Hompluem says. Also, customers were originally supposed to stay at the counter to collect their orders.

“We didn’t have a food runner,” he says. “There was a logjam in front, of people waiting for their food.”

Also, Hompluem had to do a quick pivot when he noticed early on that liquor sales were way down. Once customers were seated, with bibs on, cracking crab legs and peeling shrimp, they didn’t want to clean up and walk to the bar for a second round. Now, the host scans the room and takes drink orders.

“We’re fast to adapt,” he says. “[It took] one day to realize we need food runners and we need table numbers. Within the next day, we had that operational.” Instead of waiting to confirm his suspicions with data, Hompluem thinks he’s been able to successfully execute half service because he’s acted quickly.