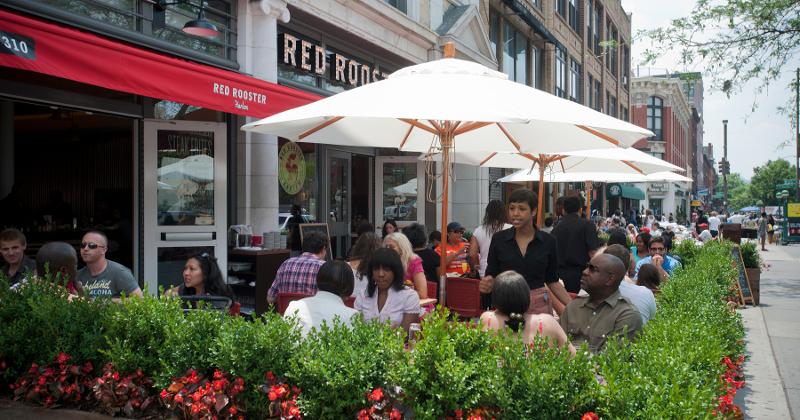 Things are looking up for restaurants.

More than three-fourths are now confident that they'll outlast the pandemic, and roughly the same amount said they're doing well financially. What's more, 90% of restaurants believe they'll be doing very well or somewhat well financially a year from now.

That's according to a survey of 300 restaurants last month by consultancy Quadrant Strategies, commissioned by DoorDash and Uber Eats.

The results indicate a growing sense of optimism from an industry that was hammered by the virus. During the worst of the pandemic, the survey found, less than half of restaurants were confident they would survive.

The survey revealed two factors that might have turned the tide for those operators: outdoor dining structures and alcohol delivery.

More than 65% of the restaurants surveyed built outdoor dining areas during the pandemic. Among those, 79% said it had a somewhat or very significant impact on revenue.

And more than a quarter of the 300 restaurants offered alcohol delivery, which was almost unilaterally seen as a boon: 95% of those that offered it said it increased their revenue.

With that said, the post-pandemic period has created a new set of concerns for restaurants. Chief among them is the rising cost of goods. Forty-three percent of restaurants listed that among their top three worries, followed by employee shortages (35%).

Those have been the two most well-documented challenges coming out of the pandemic; corn prices have risen more than 50% this year, for instance, and chicken supply is down, which has led to higher menu prices. Meanwhile, it could be several months before restaurants return to pre-pandemic employment levels.

Reduced demand due to COVID-19 is still a stressor as well, with 29% of restaurants ranking that among their top three concerns. And about a quarter were grappling with labor costs and the rising minimum wage.