When states closed dining rooms last year to fight off the pandemic, restaurant executives went to the drawing board.

The industry had dramatically changed in the aftermath of that event. Dine-in disappeared. Drive-thrus grew vital. Mobile ordering soared. Curbside pickup found new life. Third-party delivery went from an experiment to a necessity.

The restaurants themselves had to change to adapt to this new reality. Well over two dozen major fast-food chains, including quick-service and fast-casual concepts, have introduced new prototypes in the past 15 months.

Each of the redesigns push the industry into the future, often pushing the boundaries of what it means to be a restaurant. They implement more technology throughout, increase flexibility for operators and put takeout and delivery front-and-center. 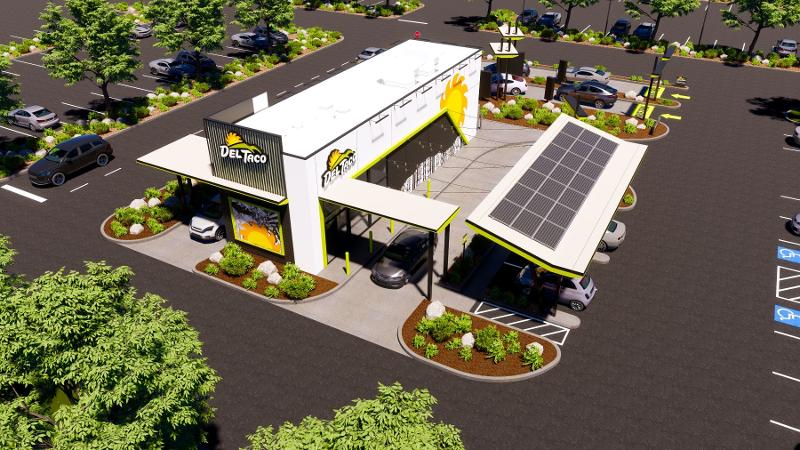 “It was born to create an avenue for franchisees to build and accelerate growth in this new normal environment,” Del Taco CEO John Cappasola said on a March episode of the Restaurant Business podcast “A Deeper Dive, speaking of the chain’s “Fresh Flex” prototype. 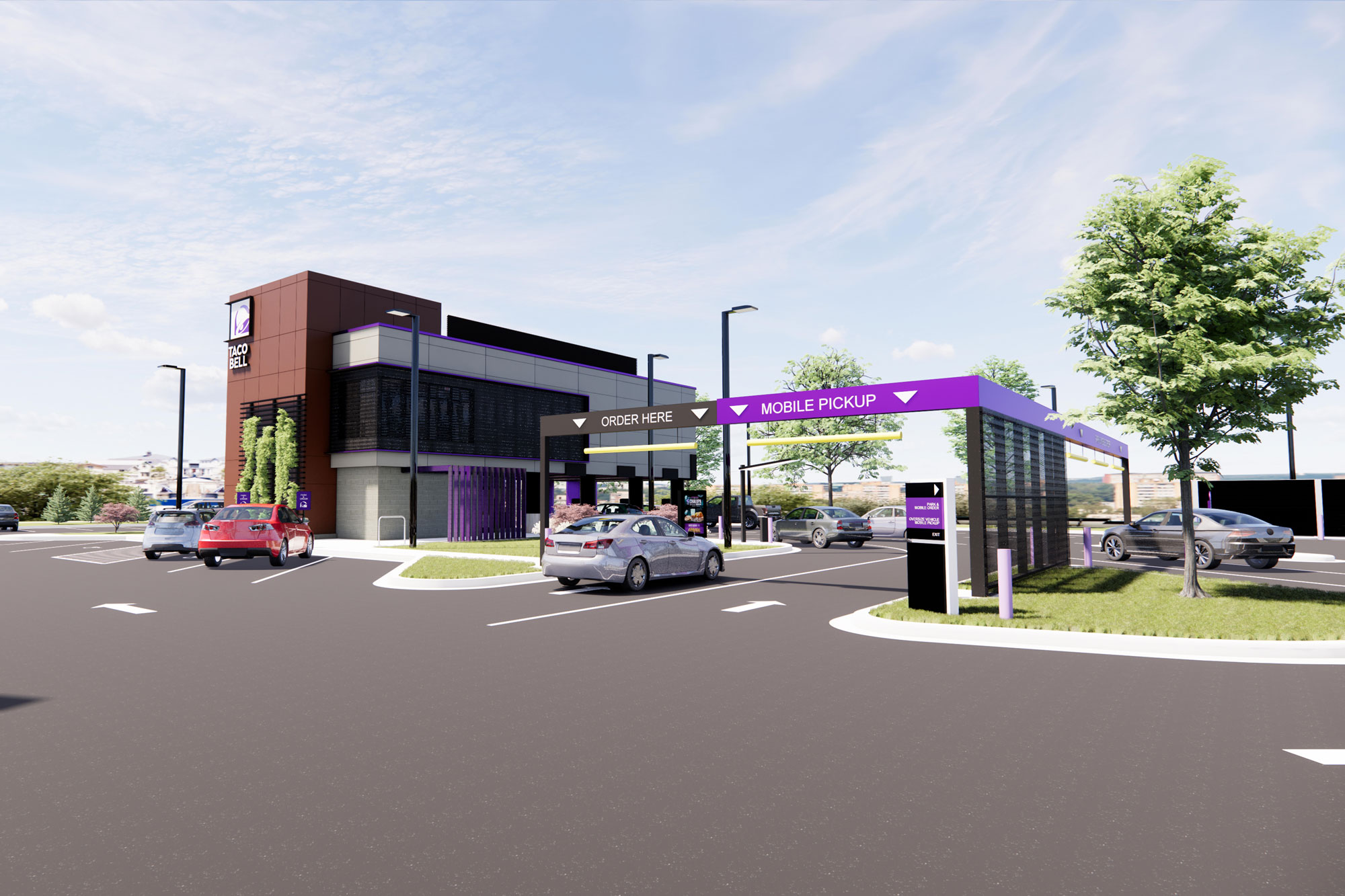 Taco Bell is building the future of the industry in the Minneapolis suburb of Brooklyn Park. The chain’s “Defy” prototype features not one, two or three lanes but four—all of them under the restaurant.

Indeed, expect more than one lane to be far more common in the near future, taking a page from the playbooks deployed by McDonald’s and Chick-fil-A. And it’s not just fast-food concepts. Fast-casual chains like Portillo’s and Shake Shack are planning multi-lane drive-thrus.

The trend even extends to the full-service sector. Famous Dave's intends to use one in one of its new formats.  Golden Corral, a buffet operation, is experimenting with a version.

Now they’re everywhere in industry prototypes. Taco Bell’s “Defy” prototype will have three of them. KFC, Burger King, McDonald’s and many others are considering mobile-order drive-thru lanes in a bid to give those customers an option to get their food without getting in their cars.  The full-service Velvet Taco chain is even giving the approach a try.

Smaller, or no, dining rooms

With less fast-food sales being consumed on-site, it makes sense to make room for all these drive-thru lanes by getting rid of some dining-room space—or ditching it altogether.

Portillo’s, known for its massive restaurants, is slated to open its first Portillo’s Pick Up unit this winter in Joliet, Ill. The new store is about half the size of a traditional unit but it will feature three drive-thru lanes for maximum convenience. Del Taco’s “Fresh Flex” design, meanwhile, includes options for no dining room, as does McDonald’s redesign.

Most double drive-thrus today have bottlenecks where consumers merge lanes to get their food from the same windows. McDonald’s and Burger King are considering a novel idea to get the food to the second lane and eliminate those bottlenecks: Conveyor belts.

Taco Bell’s Defy unit takes this a step further. The location elevates the kitchen completely and most of the lanes travel underneath them. The design uses a lift system to send food directly to customers in the drive-thru below. 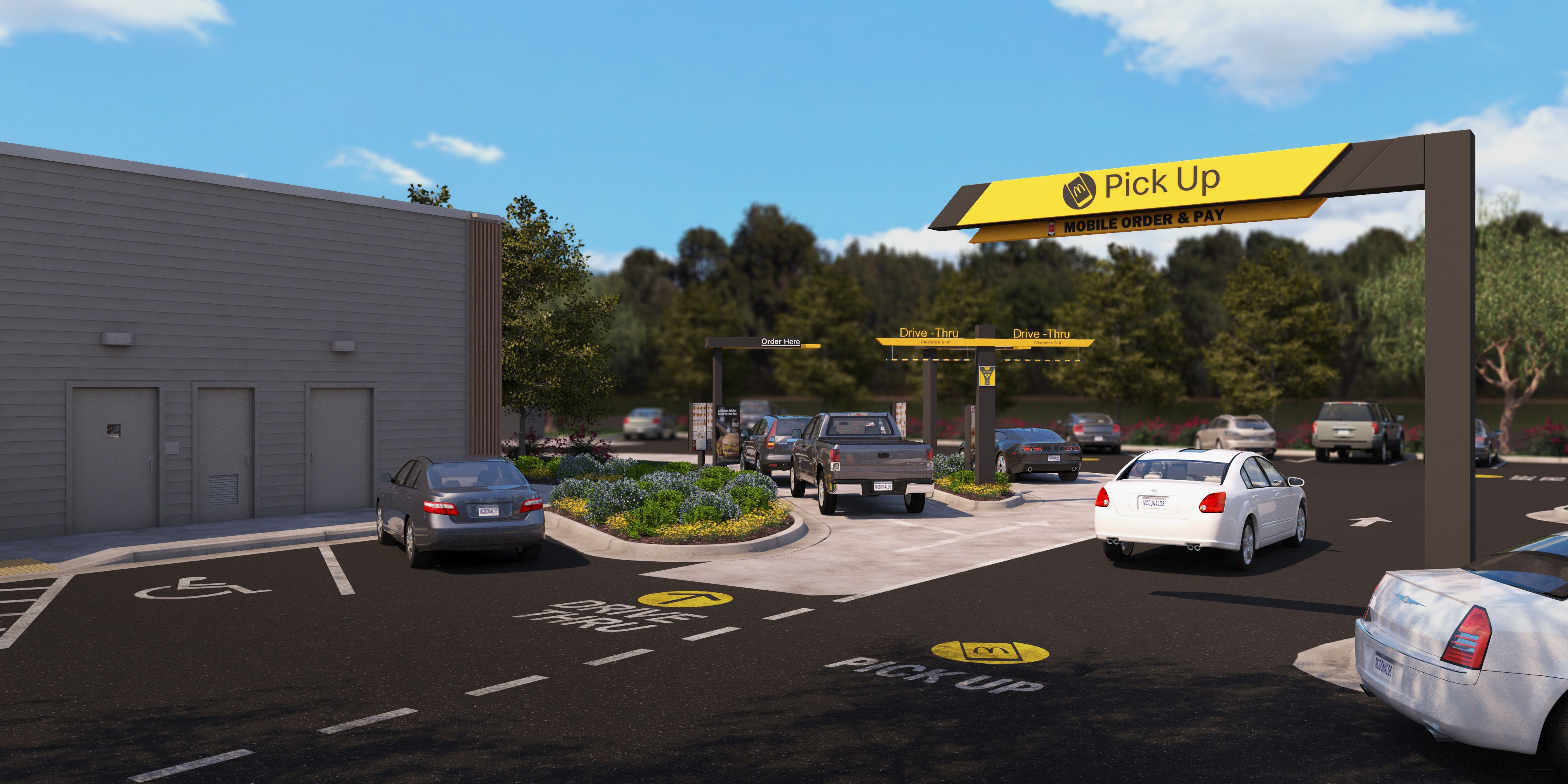 Many of these prototypes also confront a direct challenge of the drive-thru—connecting with customers. McDonald’s is testing automated order taking at its drive-thrus using technology from Apprente, its recent acquisition. But it is also testing technology to enable customers to identify themselves at the order window—which can allow more seamless use of the chain’s loyalty program.

Panda Express is testing a program called “kiosk in a pocket” that allows diners to jump the queue when ordering via their app in-store. And McAlister’s Deli is similarly allowing diners to bypass the line while ordering via app from the dining room.

Curbside service was almost a side project before the pandemic. Since then it has become a major part of many brands development strategies. Chains’ prototypes frequently include numerous curbside parking spots.

Many brands, such as Panera Bread, have combined the curbside service with geofencing technology in their apps to alert workers to the customer’s presence. Taco Bell has even given a name to workers who serve curbside customers: Bell Hops. 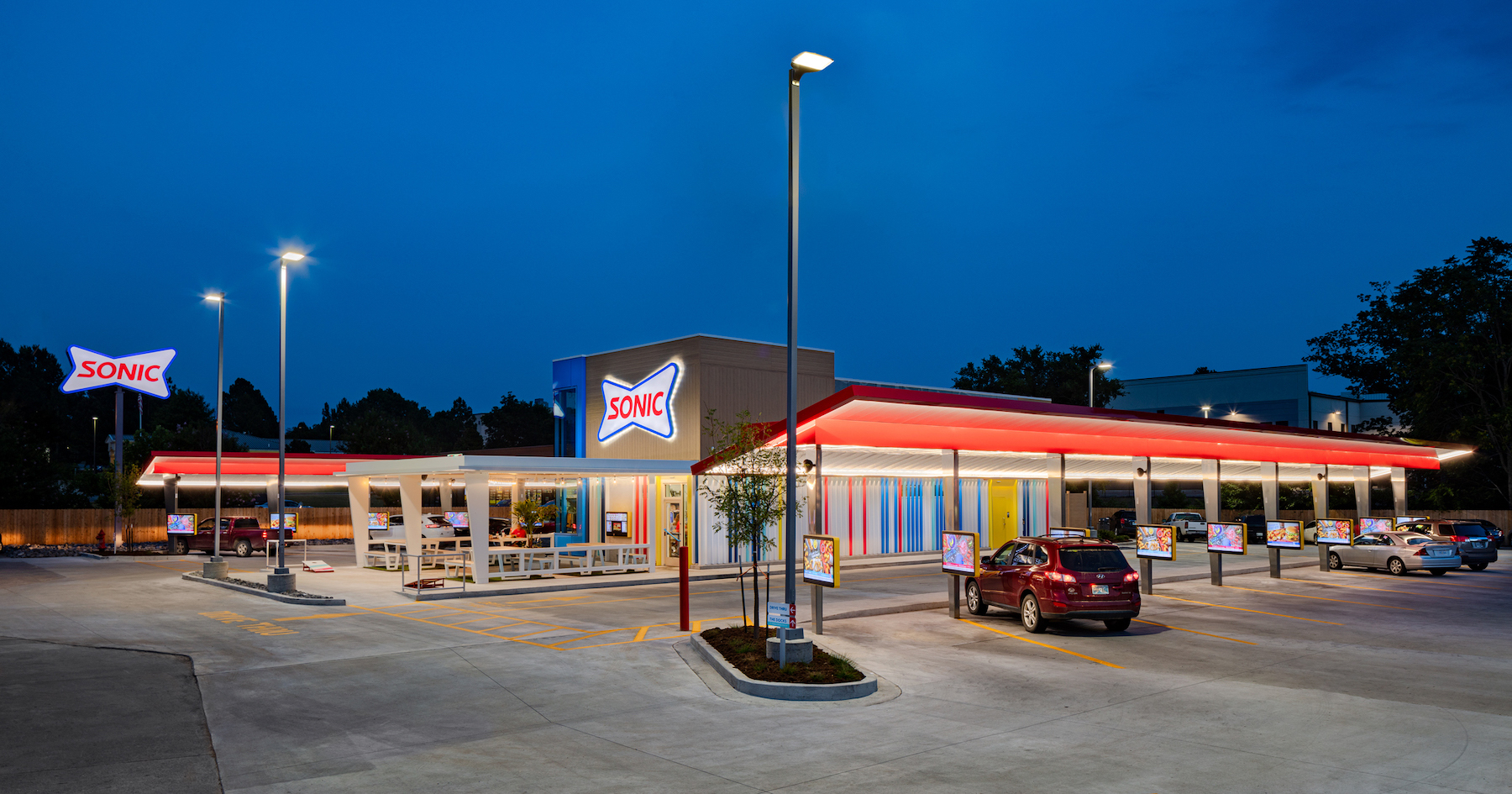 No dining area? No problem

With all these fancy restaurants with integrated technology, customers will need a place to eat. While restaurants are cutting back on their dining rooms, they are giving customers other options, too.

Sonic, traditionally a drive-in chain with no interior seating, anyway, features a patio area in its new prototype for drive-thru customers, complete with string lights and patio tables and umbrellas. At Del Taco, its Fresh Flex prototype gives customers specific parking areas—where they can dine in their cars.