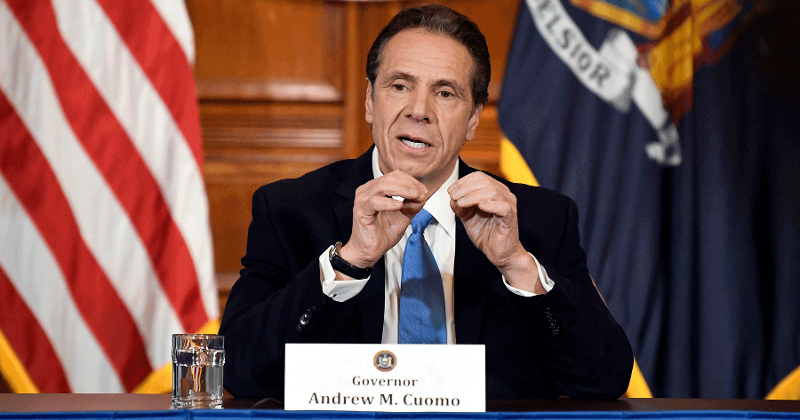 As a third wave of coronavirus infections has health officials warning of a devastating fall and winter, restaurants are squaring off with their governors over what should be an appropriate response.

Restaurant groups in Pennsylvania, for instance, are pushing state lawmakers to override Gov. Tom Wolf’s veto Friday of legislation that guarantees indoor dining capacities cannot drop below 50%. The measure allows establishments to put more than half their indoor seating back in use if they use physical barriers or meet the safety recommendations set out by the Centers for Disease Control and Prevention (CDC).

Bar seating could be put back into use, provided parties remain six feet apart, and patrons would not be required to purchase a meal if they wanted to order a drink. A 10 p.m. curfew on restaurant service would be lifted.

Proponents of an override say votes in the state House and Senate could come as early as today. Both chambers approved the legislation, H.B. 2513, by more than the two-thirds majorities needed to override a veto.

In September, a federal court overturned Wolf's directive that restaurants be forbidden from serving more than 25 patrons indoors at any given time.

Tavern owners in Wisconsin sued successfully last week to have a state court halt Gov. Tony Evers' rollback of indoor dining and drink service to 25% of interior capacities, from a previous level of 50%. The judge said the rollback would be temporarily stayed until the suit could be decided, with procedures starting tomorrow at 9 a.m.  Today, a county judge lifted the stay to keep the 50% cap in place. Operators in the state, now one of the nation's hottest infection areas, want the state legislature to set the re-opening schedule and strategy.

Restaurateurs in Michigan, meanwhile, are waiting to see how Gov. Gretchen Whitmer will contend with her emergency powers being restricted as of Oct. 23. The Supreme Court of Michigan ruled on Oct. 2 that the governor lost her right to issue COVID-19-related executive orders on April 30, when the action granting her extraordinary authority was set to expire.

Whitmer declared at the time that the state’s situation warranted an extension of her emergency powers to contend with the crisis, but the court interpreted the state’s constitution as prohibiting her ability to act without supporting legislation. It provided a 21-day transition period to deal with every coronavirus-related executive order issued since April 30 from effectively being vacated.

The court acted in a lawsuit brought by three healthcare providers that objected to Whitmer’s suspension of elective surgeries.

The governor has said she intends to keep the safety measures she has decreed in place by having other state agencies assume responsibility for the directives. Included are limits on indoor restaurant capacities.

Meanwhile, restaurants and bars in a host of towns, counties and states have sued government officials in attempts to raise or vacate service limits. Twelve establishments in West Virginia, for instance, have sued Gov. Jim Justice over his closure of bars in Monongalia County, home to a number of colleges and a large student population.

The efforts to curb governors’ restrictive actions come as the chief executives of several states are warning that public activities might have to be limited again to slow the spread of coronavirus infections. New Mexico Gov. Michelle Grisham said last week that a rollback in her state’s indoor dining capacities may be necessary to flatten a new spike in COVID-19 cases. She spoke after setting a 10 p.m. curfew on service within restaurants that also sell alcohol.

In New York, Gov. Andrew Cuomo announced a new system for determining where restaurants and other businesses may have to shut down or reduce their indoor operations because of a surge in infections. Instead of looking at geographic zones or even townships, the governor said on Friday, the state will now decide where actions are needed on a block-by-block basis. Several areas of New York City were required to re-close their dining rooms days after restaurants there were allowed to put 25% of their dining rooms back into use.