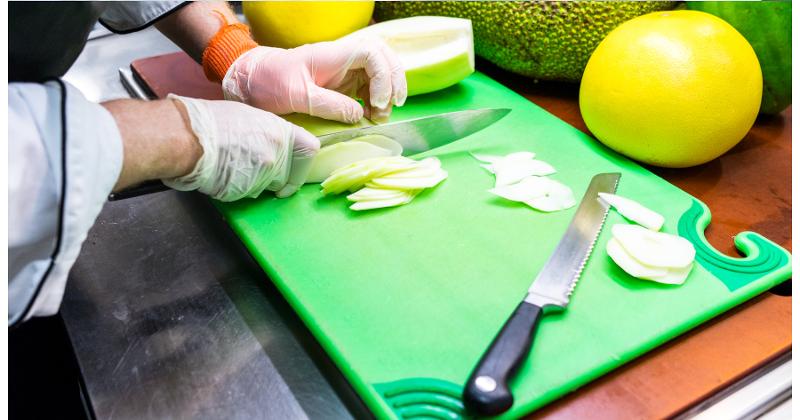 Protecting the public from food-borne illness has just turned political.

It’s not as if some over-achieving bacterium is running for office. Rather, a union-affiliated group is trying to redefine the restaurant industry’s leading defense against E. coli and other health threats as a slick con game.

One Fair Wage announced Wednesday that it’s launching a new food safety program to rival ServSafe, by far the industry’s protection system of choice. Even a paramecium can see the move has less to do with improving safety than with bashing the National Restaurant Association, its usual adversary in any struggle over labor-related regulation or legislation.

The ServSafe instructional program is sold by the association and generates much of its revenues. That’s no secret. The group is upfront about needing more than members’ dues to fund its activities, lobbying or otherwise.

Yet The New York Times ran a major story Tuesday that portrayed the connection between ServSafe sales and the association’s lobbying as a four-star scandal. The article noted that ServSafe training is routinely required, either by law or the restaurant, as a condition of employment within an eating place.

Some jurisdictions merely require that one food safety-trained employee be present whenever a restaurant is open. Others mandate the training for anyone who handles food. Only four states—California, Florida, Illinois and Texas—require virtually every worker in a restaurant to earn a food-safety certificate.

Still, the industry wouldn’t quibble with the story’s assertion that ServSafe training is essentially mandated for new hires.

But it could and should take issue with the article’s contention that most of the employees pay for the course themselves. My experience has been that workers are usually reimbursed or provided with the course by their employer, and that they’re often paid for the time needed to take it.

It’s a critical point, because the article suggests the fees paid by the employees are then used by the National Restaurant Association to lobby against wage increases. Its thesis is that employees are shamefully being forced to fund lobbying that’s detrimental to the very same workers.

One Fair Wage, a group that’s funded at least in part by the Service Employees International Union (SEIU), says its new Just.Safe.Food program will be offered via a worker cooperative. Any profits, it says, will be used to promote the contributors’ political interests. The program costs $10, and One Fair Wage says the curriculum is in the process of being certified by the American National Standards Institute, whose seal of approval is necessary to meet most jurisdictions' training mandates.

In the Times piece, the head of One Fair Wage calls on workers to forgo ServSafe and get their required food-safety training via another program. About 24 hours later, the group had a comprehensive one ready to go.

That alone is strange. Just.Safe.Food had a website, course descriptions, a feedback mechanism and other educational components ready to unveil a matter of hours after the Times story appeared. What a coincidence that a fully formed initiative of that scale would be ready a day after a beneficial story went to press.

We asked the Times if any advance word had been given to One Fair Wage, or if the group had been provided with a copy of the story before publication, which is a cardinal sin for any legitimate news medium. A representative assured us the Times would never do such a thing.

So we’re left with a mystery about the timing—along with the key unknown. Why would a situation that’s been in place for about 16 years suddenly become the focus of a story slugged “Breaking News?” Everything in the article would have been as fresh or old-hat as it was a decade ago.

For sure the Times should have noted in a story about lobbying and funding that One Fair Wage has a tight symbiotic relationship with SEIU, one of the nation’s most powerful political forces.

The piece noted appropriately that few of the restaurant employees who do pay for ServSafe are aware their contribution helps fund lobbying that’s not always in their interest. Is a union member working in a fast-food restaurant aware their dues help fuel efforts to kill the tip credit, a cause with no benefit to them?

But the major problem with the story is its characterization of ServSafe. The program is depicted as a means to political ends for the restaurant association. What’s overlooked is the program’s crucial role in protecting the public’s health.

It’s the key reason why the United States has the safest restaurants in the world. If it’s a ruse for generating lobbying dollars, as the Times piece stresses and One Fair Wage has repeated incessantly since the story appeared, the side benefit—keeping people from getting sick, or dying—is extraordinary.