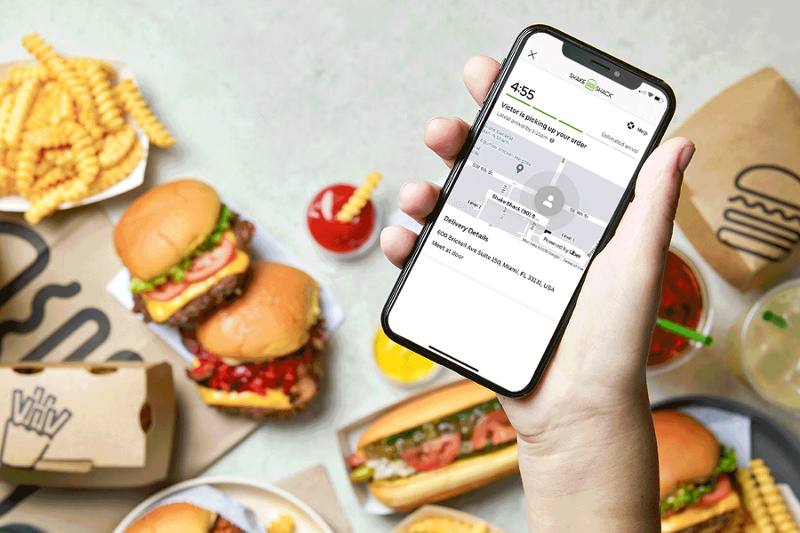 Shake Shack on Wednesday rolled out a limited delivery program through its app via a partnership with Uber Eats, with plans to expand the initiative early next year.

This is the first time Shake Shack is offering delivery directly through its app, though it has previously used third-party delivery services.

Delivery is now available at three Shake Shack locations in the Miami area. Diners who order on the app can track their deliveries in real time, the fast-casual chain said.

“We’re thrilled to introduce delivery through the Shack app, offering our guests a new way to get Shake Shack however and whenever they want it,” CEO Randy Garutti said in a statement. “With an influx of new and returning guests to our digital channels this year, we’ve accelerated our digital investment.”

The New York City-based burger-and-shake concept has struggled during the pandemic, largely because of its urban-focused real estate portfolio. With that in mind, Shake Shack is planning on opening up to eight drive-thru locations over the next two years. The brand is also adding curbside pickup and walk-up windows to its restaurants.

Shake Shack’s same-store sales fell 31.7% for the quarter ended Sept. 23, with urban units down 43% and suburban restaurants at negative 16%. Its systemwide traffic slid 42%.

App-based delivery is “reflective of our increasing focus on convenience across the broader Shake Shack experience,” Garutti said.

Shake Shack’s digital sales made up 60% of all transactions during the third quarter, with the chain’s web and app channels tripling year over year, the brand said.

Shake Shack said it had gained 1.4 million new purchasers on its digital channels since the start of the pandemic.

Two years ago, when the brand was in the early stages of testing delivery feasibility, Shake Shack CFO Tara Comonte told investors that the brand didn’t want to sacrifice quality for convenience.

“We do not want at any point in time to risk the quality of the experience we provide,” Comonte said. “Shake Shack was born out of a fine-dining company. The delivery of our food does not necessarily fit with a great experience. Burgers and fries and shakes were not intended to be eaten a half hour after they were cooked.”