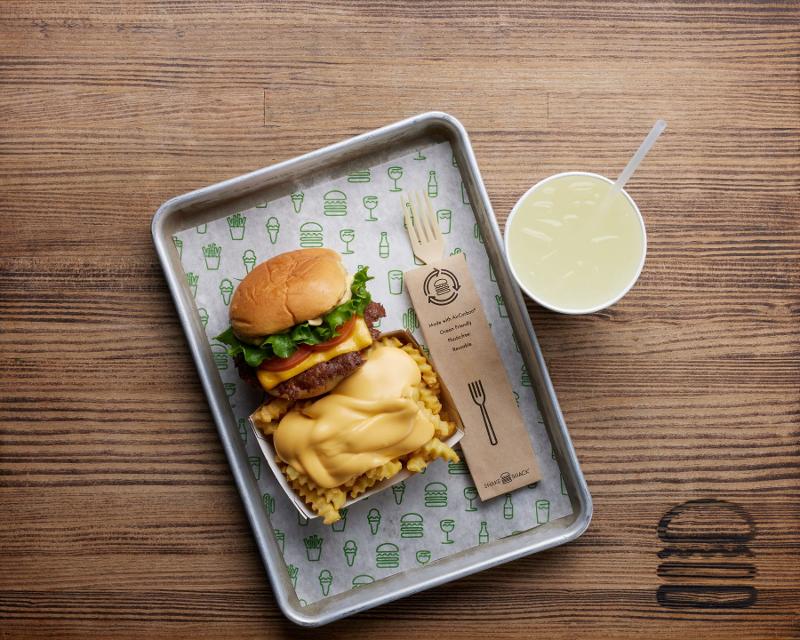 The fast casual is using “regenerative” disposables in select locations in California, New York and Florida. The cutlery and straws contain no synthetic plastics, PLA or synthetic glues and are fully compostable.

“Shake Shack has been committed to elevating the guest experience and taking care of our community since our early beginnings helping conserve Madison Square Park in New York City,” Jeffrey Amoscato, senior vice president of supply chain and menu innovation, said in a statement.

A number of fast-casual chains have announced recent environmental initiatives, which some have said is driven by the focus on to-go packaging during the pandemic.

Late last month, Sweetgreen pledged to become “carbon neutral” by 2027 and said it would survey its emissions output across all parts of its operations. Just Salad released its annual sustainability report and said it was testing a digital version of its reusable bowl program.

In October, Panera Bread announced it would begin labeling all menu items with how climate-friendly they are. That same month, Chipotle Mexican Grill added a sustainability tracker for digital orders.