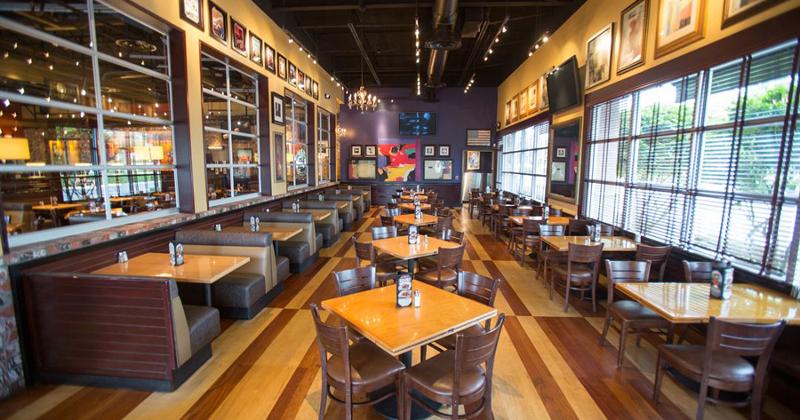 When restaurant dining was suspended in March to slow the spread of coronavirus, operators were plunged into the unknown. The situation was unprecedented, so the answers to pressing questions were at best a stab in the dark. Were they looking at a crisis of two weeks, or two months? Could they stay afloat? How could they lay out money for rent and other expenses with so little revenue coming in? What forms of assistance would be available? What could they do to protect themselves from the virus?

Some answers would emerge in time, but operators still haven’t found a reliable map to what they can expect, near term and later in the year. Here are some of the more pressing questions that remain, and what’s been revealed in recent days.

Will my business-interruption insurance come through?

Operators have asked their insurance carriers to make good on business-interruption policies, noting that the shutdown of dining rooms was beyond their control and hence a catastrophe that should be covered under their continuity protections. Insurers have balked, either citing specific exemptions for pandemics or arguing that the places could continue operating as a takeout and delivery business.  The refusal triggered a number of lawsuits as restaurateurs tried to recoup their lost sales.

Now a decision in one of those cases has been handed down, and it’s not good for operators. A judge in Michigan ruled that a two-concept operator called Gavrilides Management was not entitled to the $650,000 it claims to have lost from the pandemic to date because its two restaurants did not suffer the sort of physical damage that interruption protections are intended to address. Indeed, Judge Joyce Draganchuk called Gavrilides’ argument “nonsense,” according to the legal newsletter Law360.

The newsletter says Draganchuk’s decision in favor of Gavrilides’ insurer was the first case nationwide to be decided on its merits.

Other lawsuits, many from big-name restaurateurs such as Thomas Keller, are still pending.

Can I hold onto my off-premise business now that dining rooms are reopening?

Chain operators say they’ve been surprised by how lightly their takeout and delivery business has been affected by the restart of on-premise service. Two or three points of sales may have shifted, but they report that most of the customers coming to eat at an indoor or patio table are patrons they haven’t seen since the start of the pandemic, and that traffic is overwhelmingly incremental to what was generated while dining rooms were closed.

Curbside service has been particularly sticky in terms of holding onto customers, many have reported.

BJ’s Restaurants even saw an upswing in its off-premise business after the casual chain’s dining rooms started to reopen in May. Like many of his peers, CEO Greg Trojan believes the full-service market is morphing into two distinct sales channels, “with certain guests excited to return to the social experience of dining out and others still using takeout and delivery orders to feed themselves and their families in the comfort of their own homes.”

Black Box Intelligence says the growth in off-premise has decelerated, but it did not report any drop in the overall volume.

Can my restaurant make money at 25% or 50% of its dine-in capacity?

That depends on how large your restaurant is—can we get a “Doh!” on that answer, please? The Cheesecake Factory and BJ’s have said that their large dining spaces have proven a major advantage while many states are capping dine-in capacities. But others have found that the percentages set by officials are less of a factor in determining seat counts and sales volumes than the need to keep parties six or 10 feet apart. “Once you're past 25% occupancy, that six-foot restriction trumps any other restriction there is, because you can't get to 50%,” Darden CEO Gene Lee told investors.

His company’s main brand, Olive Garden, is trying to maintain social distancing while maximizing on-premise capacities by installing barriers, as is Texas Roadhouse. It’s a common tactic—so common that some operators have complained of the difficulties in finding enough plexiglass to partition off their booths.

Overall, many chains have reported they’ve hit or surpassed the unit-level breakeven point even with limited on-site service, though they attribute the return to a positive cash flow more to surging off-premise business than the resumption of table service.

In contrast, many small independents have opted to stay closed or rely solely on off-premise because the staffing needed to service 10 or 20 tables would likely cost more than what they’d net in sales.

Is the pandemic itself getting any better?

Snap on CNN and you’ll be horrified. Not only are the rates of infections accelerating in about three dozen states, to a national rate double what it was in April, but health authorities have identified a new danger that should be of particular worry to restaurants.  Several hundred experts have pressed the World Health Organization, as white-shoed and august a body as there is in health care, to acknowledge evidence that microscopic droplets of COVID-19 could linger in the air for hours. If that possibility is proven true, restaurants could face a huge new challenge in their recovery. Dining rooms might not be safe unless sophisticated air purification systems are installed. But even then, consumers’ trust in the safety of dining out could be badly shaken.

It’s an “if,” but who would have thought a year ago that the industry would be shut down by a germ?

Are there any winners in this situation?

Among the beneficiaries: Ghost kitchens and the virtual-restaurant phenomenon, in part because they provide a way for more concepts to vie for a portion of off-premise pizza and wing sales. Since the crisis began, Applebee’s, Chili’s, Maggiano’s, Smokey Bones, Fat Burger, Buca di Beppo parent Earl Enterprises and a host of other established operations have entered the wings business through the launch of a virtual concept. Some of those have also spun off taco and pizza brands that exist only in the apps of third-party services.

Not surprisingly, the other big winners have been the companies that supply restaurants with anti-viral safeguards, including hand sanitizers, face masks and of course plexiglass. A Midwestern woodworking firm said it was given an order for 12,000 partitions by Texas Roadhouse. Darden Restaurants said it spent $5 million during its most recent quarter on personal protective equipment and sanitation supplies. El Arroyo, an independent restaurant in Texas, has seen its operating expenses jump 10% to 20% since reopening its dining room, though that figure also includes the cost of devoting one staff member per shift to sanitizing tables and other surfaces, according to its president, Ellis Winstanely.

What will happen if more states start re-shutting dining rooms?

We repeatedly hear two answers from operators. The shorter one: It won’t be good. The more expansive reply: Let’s hope we won’t have to find out.