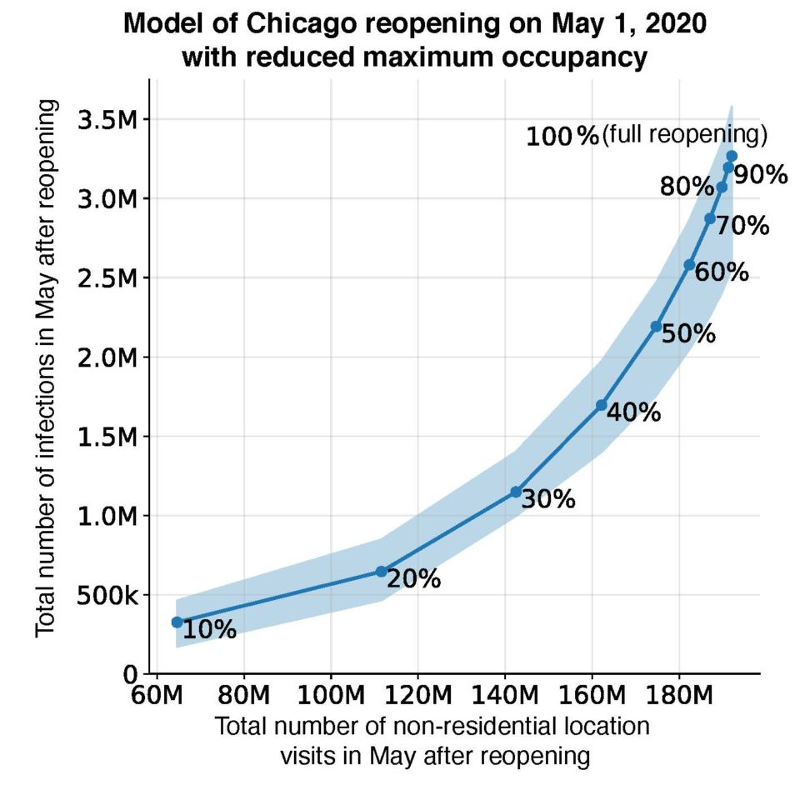 Full-service restaurants and cafes are “superspreader” sites in which people gather in close quarters for extended periods, according to a Stanford University studypublished Tuesday that analyzed cell phone data to predict coronavirus outbreaks.

The study followed the movements of 98 million Americans in 10 of the country’s largest cities, from restaurants to gyms to pet stores and car dealerships.

Using computer modeling, the researchers analyzed three factors to determine infection risk—where people went, how long they stayed and how many other people were visiting the same place at the same time.

“We built a computer model to analyze how people of different demographic backgrounds, and from different neighborhoods, visit different types of places that are more or less crowded,” Jure Leskovec, a Stanford computer scientist who led the work with a team from Northwestern University, said in a statement. “Based on all of this, we could predict the likelihood of new infections occurring at any given place or time.”

The researchers said their computer modeling could be a tool for government officials as they seek to minimize the pandemic’s spread by “revealing the tradeoffs between new infections and lost sales” as they raise and lower restaurant capacity limits, according to a press release.

In studying data from March 8 to May 9, researchers were able to model the coronavirus transmission rates of each city to create infection models.

Researchers simulated what would happen if restaurants and other high-impact establishments were reopened on May 1.

“Reopening full-service restaurants was particularly risky,” the authors wrote. “In the Chicago metro area, we predicted an additional 596k infections by the end of May, more than triple the next riskiest … category.”

Locations such as full-service restaurants and hotels contributed to a far greater percentage of infections overall, the researchers determined. In Chicago, for example, 10% of the outside-the-home locations analyzed accounted for 85% of the predicted infections.

The Stanford study is not the first to link on-premise dining with coronavirus spread.

Last month, the Centers for Disease Control and Prevention (CDC) added aerosol transmission to its list of ways of contracting COVID-19. That move followed a CDC report from September that found that adults who contract coronavirus are twice as likely as the general population to have eaten at a restaurant (either indoors or outdoors) in the previous two weeks.