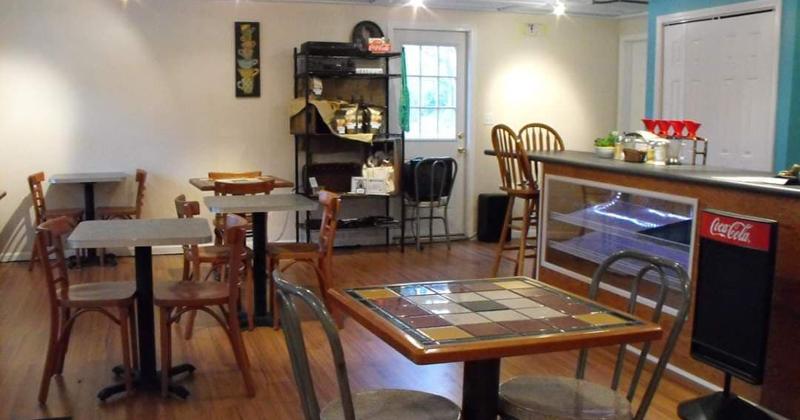 On May 11, restaurants in Indiana were allowed to resume dine-in service. But with capacity limited to 50% to curb the spread of the coronavirus, 16-seat Arturo’s Baked Goods & More in Michigan City decided to keep its dining room closed. With only eight seats, reopening wouldn’t be worth it, says proprietor Carol Pozos.

She’s not alone in taking a cautious approach to resuming dine-in service. As a vast majority of states lift restrictions on dining rooms, restaurants and guests alike have been hesitant to dive back in, a sign of the challenges and uncertainties ahead as the industry embarks on a slow comeback.

The more states open, the more wary restaurants seem to have become. As of May 17, 20% of restaurateurs said they planned to take a “wait-and-see” approach to opening for dine-in, according to Technomic. That was up from 12% earlier in May. Another 20% said they’d open as soon as they were allowed to, down from 25% earlier in the month.

Once social-distancing mandates end, how long do you plan to wait to reopen for dine-in service?

One reason for the increasing caution, Technomic said, could be the regulatory hurdles that accompany reopening, such as capacity limits and strict cleaning and sanitizing guidelines. At family-run Arturo’s, for instance, those more stringent safety standards would create a time crunch for Pozos.

“I’m concerned about my time—being able to keep everything cleaned and sanitized properly in a timely manner” while also waiting on customers, she says.

The guidelines can also alienate guests. Zaxby’s, an Athens, Ga.-based chicken fingers chain, opened a half-dozen dining rooms to about a third of its normal dine-in traffic—and a surprising response from diners.

“Probably 50% of the one-third were really confused about why dining rooms were the way they were,” CEO Zach McLeroy said on a recent episode of RB’s “A Deeper Dive” podcast, referring to partially closed dining areas and social-distancing measures. For that reason, the chain has slowed its reopening process until regulations loosen up.

“As soon as those relax some, people will feel better about coming into dining rooms,” he says.

Consumers are not necessarily rushing back out to eat right now, either. In Georgia, where dining in has been allowed for over a month, reservations made via OpenTable were still down 79% year over year, according to data from the reservation service.

A gradual return to dining rooms

Year-over-year OpenTable reservations show a slow return. These are states where dining rooms have been open for at least three weeks.

The reality is that even with social-distancing and other safety measures in place, not all diners are ready to eat indoors around other people. One-fifth of consumers said they plan to dine out less even after restrictions are eased, according to a survey by consulting firm AlixPartners. Nearly 70% of them said sanitation and safety will play a key factor in their dining decisions.

Courtney Andrus, owner of Pure Eatery and Pearl Street Pizzeria & Pub in Fishers and Indianapolis, Ind., says overcoming guests’ safety concerns has been one of the biggest challenges since reopening. Dining rooms in Andrus’ two Fishers restaurants are open, and dine-in business has been down about 30%.

“It’s open communication about the fact that you are adhering to the guidelines as much as possible,” Havel said. He recommended displaying a poster or notice describing what restaurants are doing to comply with state and health agency guidance.

With most of the 150-units chain’s dining rooms open at limited capacity, dine-in is now making up about 65% to 70% of business, he said. Combined with an aggressive off-premise strategy, the chain’s same-store sales have bounced back to minus 16% after hitting a low of minus 60% in April.

On weekends, Beef ‘O’ Brady’s dining rooms have been almost completely full, Elliott says. But he acknowledges that it will take time for some consumers to feel fully comfortable going out to eat again.

“There’s a subset of consumers who are just not ready to go back to crowded places,” he says.

“We’re not in a super big hurry to open because our community is still supporting us and showing their love.” —Carol Pozos, Arturo’s Baked Goods & More

With the complications around reopening, some restaurants have been content to stick with takeout and delivery only, saying they’ve found willing customers and operational efficiencies there.

Takeout at Arturo’s is making up 100% of the restaurant’s sales at this point last year, if not more, Pozos says.

“We’re not in a super big hurry to open because our community is still supporting us and showing their love,” she says.

In the limited-service segment, some are questioning reopening dining rooms at all.

“I think our licensees are a little resistant to open their dining rooms,” McLeroy of Zaxby’s said on the podcast. “Things are going so well, so smoothly, we’ve got this so seamless in terms of our traffic through the drive-thru ... why do we want to interrupt this and bring customers into our dining rooms.

“I think it’s gonna be a pretty tough battle to get people reopening their dining rooms, even when [states] say it’s OK to,” he says.

For full-service operators not built for off-premise, though, takeout can present challenges of its own.

“The cost of sales are so much higher when you’re putting a lid on a ramekin in a box in a bag,” says Andrus. And that’s on top of fees collected by third-party delivery services. Her restaurants have raised prices slightly to make up for the costs, she says.

Despite all of these obstacles, Andrus and others say they’re cautiously optimistic about the future.

“I think people will get back to restaurants,” she says. “I’m not positive it’ll be in the next six months. But I think Americans in general like to get out and be waited on and be served.”

Elliott of Beef ‘O’ Brady’s agrees. He hopes that once his dining rooms and bars return to full strength, combined with a portion of its current off-premise business, the chain can emerge from the pandemic even stronger than before. “It may take this year and next year, but we just have to fight through it,” he says.