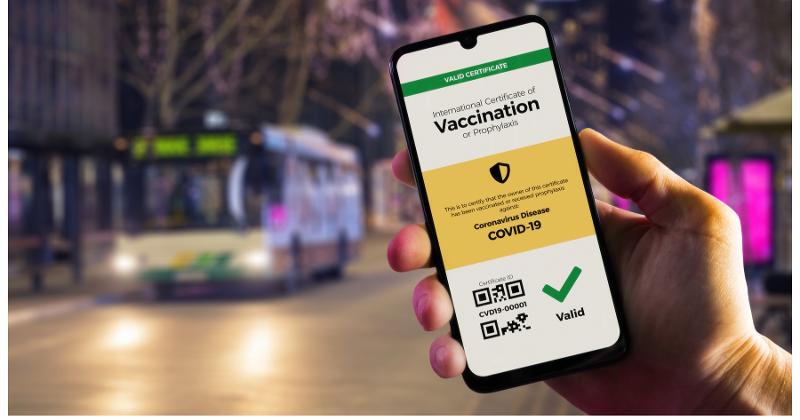 New York City needs to seriously consider limiting dine-in restaurant service to customers who can prove they’ve been vaccinated against COVID-19, Mayor Bill de Blasio said during a round of media appearances on his efforts to avert another spike in infections.

He also issued what his office termed “an official call” for restaurants and other businesses with direct consumer contact to voluntarily require proof of vaccination or negative COVID tests from guests as a condition of entry.

“Any private sector entity, go ahead and do a full mandate,” de Blasio said Tuesday on the MSNBC show Morning Joe. “If that's something you feel you can do and works for you, do it now. Everyone's in a different situation but go as far as you can go right now because we have to stop the Delta variant.”

The mayor was referring to the more-contagious form of the coronavirus that now accounts for most new infections. Its rapid spread has triggered a sudden wave of governmental requirements that certain workers be vaccinated or provide proof on a weekly basis that they are not carrying the coronavirus.

Mandates have not yet been issued for restaurant workers and customers. But 500 bars in San Francisco agreed Monday to limit entrance to customers who can prove they’ve been vaccinated or recently tested negative for coronavirus. Patrons lacking the proof can still be served in outside areas.

De Blasio has already imposed a requirement that all individuals employed by New York City either provide proof of being vaccinated or test negative for the coronavirus on a weekly basis, starting Sept. 13. The requirement goes into effect for healthcare workers on Aug. 2.

The Democrat aired the possibility of a proof-of-vaccine requirement for dine-in restaurant patrons during an appearance over the weekend on The Brian Lehrer Show, a popular public radio talk show. Lehrer asked de Blasio what he thought of the vaccine mandate that French President Emmanuel Macron proposed as a condition of entry to his nation’s restaurants, cafes and bars.

The mayor replied, “I'm not always the biggest Marcon fan, but in this case, I think that's a direction we need to seriously consider…the delta variant is changing this game rapidly.”

Macron’s proposal was approved by the French parliament a few days later, triggering riots by protestors who see a vaccine requirement as a limitation of their freedom.

Among the objections raised in the U.S. to proof-of-vaccination requirements has been the difficulty of determining who’s received the shots and who hasn’t. Persons who’ve received the shots are provided with a card bearing hand-written information. Opponents note that the cards are not very durable and would be easy to counterfeit.

But the state of New York has a proof mechanism called the NYS Excelsior Pass, a state-sanctioned smartphone app that indicates the bearer’s vaccination status. It is the only state to have what’s known as a vaccine passport.

France and a number of other nations have similar passports—in the case of France, something known as a health pass.

California is creating a state-run portal that allows residents to upload their vaccination records. Gov. Gavin Newsom pledged Monday to make it the "strongest vaccine verification system in the U.S." He also announced that he intends all state employees to provide either proof of being vaccinated or proof that they tested negative for coronavirus during the prior week.

Texas, Florida and other states have prohibited counties and municipalities from issuing vaccine passports. In the instance of Florida, passports are even outlawed for private businesses.