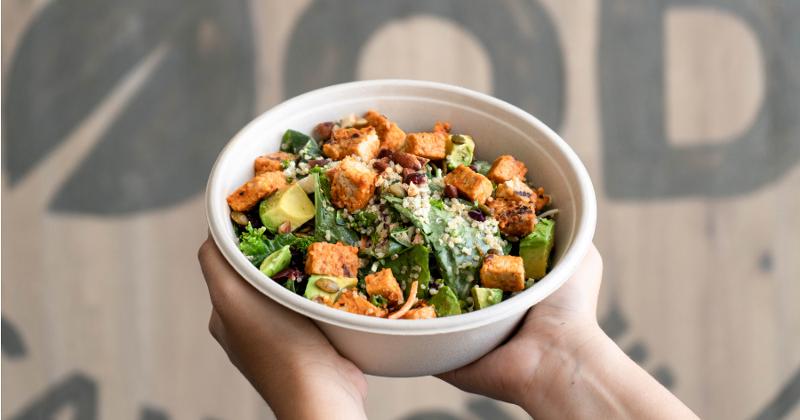 Plant-based fast-casual chain Veggie Grill is adding another delivery-only concept to its restaurants.

Vegan Bowls for All debuts Thursday out of 29 Veggie Grill locations and will offer six plant-forward bowls and five salads from the chain’s regular menu.

It’s Veggie Grill’s second virtual brand, joining the Mas Veggies Taqueria taco concept that launched in February 2021. The chain also rebranded some of its locations under the Stand-Up Burgers banner last year. With the addition of Vegan Bowls, it now has a total of four concepts covering a range of menu segments.

“We’re excited to introduce a convenient and affordable option designed for consumers to optimally nourish themselves while supporting the health of the planet at the same time,” said Veggie Grill co-founder T.K. Pillan in a statement.

The brand is available on all four major delivery platforms from Veggie Grill locations in California, Washington, Oregon, New York and Massachusetts.

Culver City, Calif.-based Veggie Grill rebounded well from the pandemic last year, with total sales up 10.5% in 2021, according to Technomic Ignite data. But sales at the 34-unit chain were still down about 17% compared to pre-pandemic levels.

Plant-based concepts have been among the winners of the virtual brand crop, and with Vegan Bowls for All, Veggie Grill adds what is essentially another storefront in areas where it already has an audience for those products.