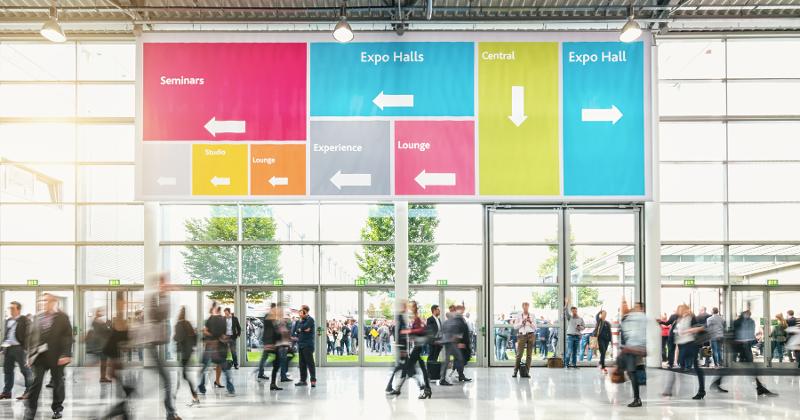 The pandemic forced the cancellation of thousands of trade shows, conventions, conferences and other big events around the world, and the fallout may extend until the end of the year. Despite the merits of Zoom and other virtual platforms, consumers say they miss live, face-to-face interaction, according to a recent poll by Harris Interactive.

But that doesn’t mean that they’re quite ready to gather again in large groups to conduct business and socialize.

When asked what factors would make them more comfortable, conference-goers in the U.S. and U.K. cited proper social distancing as their top priority (53% and 55% respectively.) PPE gear was most important to those in France and Spain; 57% of French respondents and 62% of Spanish consumers want to see staff wear both masks and gloves, while 49% of U.S. survey participants are in favor of compulsory mask wearing for everyone inside the venue. Mandatory use of hand sanitizer at every entrance of the facility ranked as a top three factor with all four countries.

The Harris Interactive data was presented by Claire Morris, global head of marketing for Sodexo Sports & Leisure, during a webinar the company hosted earlier this month. Sodexo operates convention halls, stadiums and other large venues, and Centerplate, its catering division, provides the food and beverage service.

But consumers still crave those face-to-face meetings. After several months of lockdown, 47% of U.S. respondents most like attending conventions and conferences to get out of the house.

In all four countries, the majority of those who feel comfortable attending a large gathering want the opportunity to keep up to date with their specific industry.

Steve Pangburn, CEO of Sodexo Sports & Leisure, said the company is laying the groundwork for “a sustainable reopening.” A new initiative called “Rise with Sodexo“ is the blueprint. The plan includes sanitation protocols, implementation of contactless payment, online ordering for catering, and an increase in grab-and-go concepts and pop-ups. Pangburn stressed that local sourcing, food waste reduction and other sustainability measures will still be a priority.

Hybrid events that combine live streaming and live participation may be the “next normal,” Pangburn said. Until then, “building consumer confidence is as important as creating a safe environment,” said Rip Rippetoe, another panelist and president and CEO of the San Diego Convention Center Corp.