The 12-unit seafood chain instead used that time to upgrade its menu, packaging, training program and more.

Sloane Emden was employed as the general manager of an Angry Crab Shack in Phoenix when the coronavirus shut down his restaurant. Emden spent years working in restaurant kitchens, advancing from cook to chef, but when the 70-hour work weeks got to him he transitioned to GM roles at various operations.

During the lockdown, Angry Crab Shack’s VP of Operations, Eric Kardon, spent some time looking over employees’ resumes and took notice of Emden’s varied experience. “He worked through the skill sets of all the employees and asked if I was still interested in being a chef,” says Emden. “I felt it was a good opportunity to fine tune and standardize the menu and focus on proprietary products.” He immediately got to work. 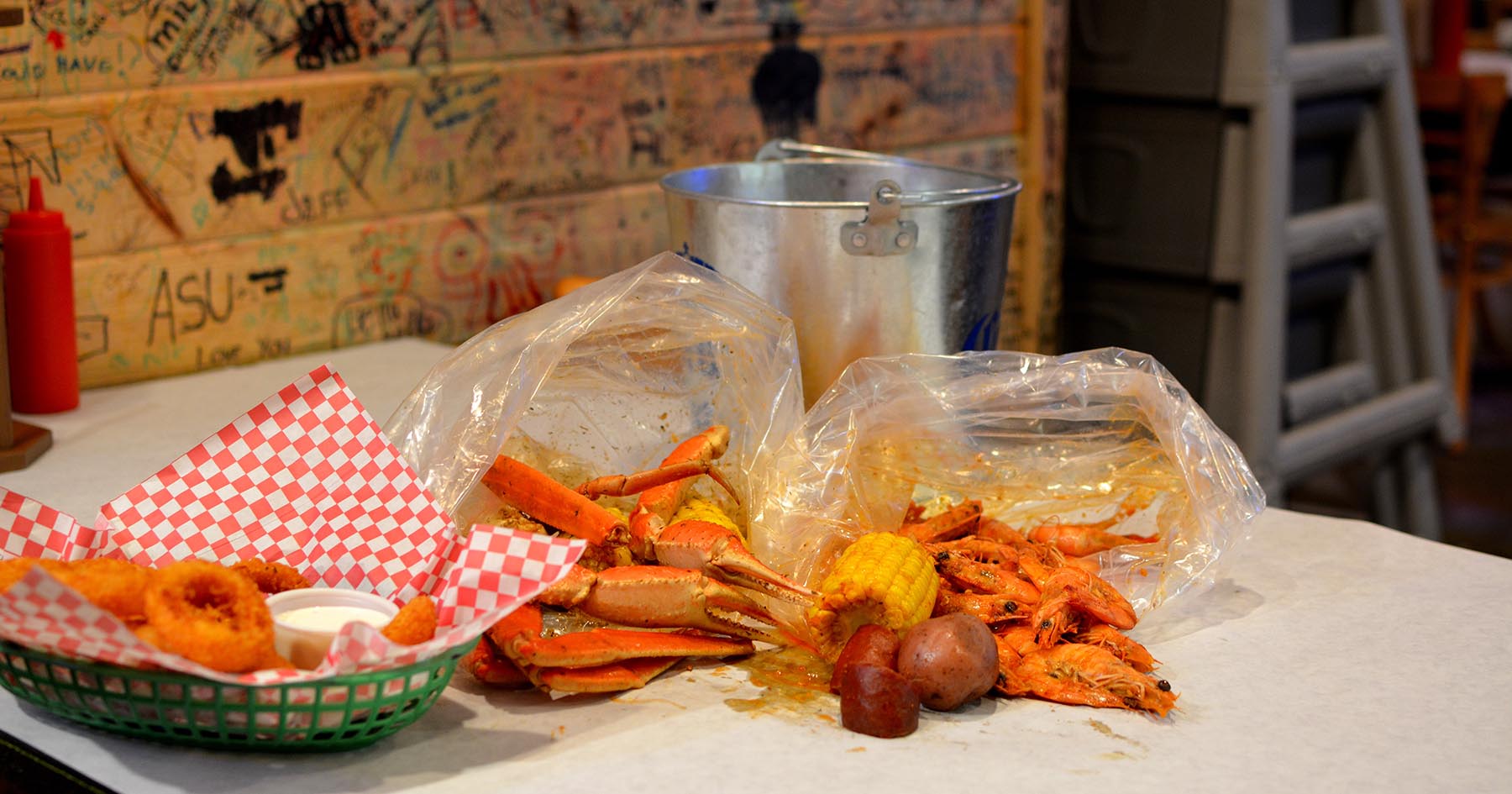 The first order of business was to add more detail to the recipe file so everyone—from novice to experienced cook—could execute the same item consistently across all 12 locations. “The file went from 100 to 280 pages, getting as specific as the water in which the seafood is boiled,” says Emden. A new equipment section is included in front so every kitchen worker knows exactly what to use.

Angry Crab Shack specializes in Louisiana-style seafood dishes, and founder Ron Lou developed a proprietary Cajun spice to use on the shellfish boils and some fish preparations. Emden decided to “run with it,” he says, expanding the unique seasoning into other menu items.

He worked with a new supplier to replace the chain’s standard panko-crusted shrimp with a batter-dipped shrimp that incorporates the spice into the batter for the shrimp and fried cod. Those upgraded products will now be distributed systemwide.

Next, Emden took over the chain’s central commissary kitchen to film entertaining step-by-step cooking videos. Kitchen team members can now see firsthand how to prepare and present Angry Crab Shack’s signature gumbo, jambalaya, barbecued beef and all the other items on the menu. The two-minute videos are stored in the cloud so everyone has access, says Emden.

“We also took two photographs of how to plate each dish—one for dining in and the other for carryout,” he says. “We redesigned where everything goes, the garnish, the sauce, the fries, etc. and copied it over to the to-go containers.” The photos are posted on the walls in every Angry Crab Snack kitchen. 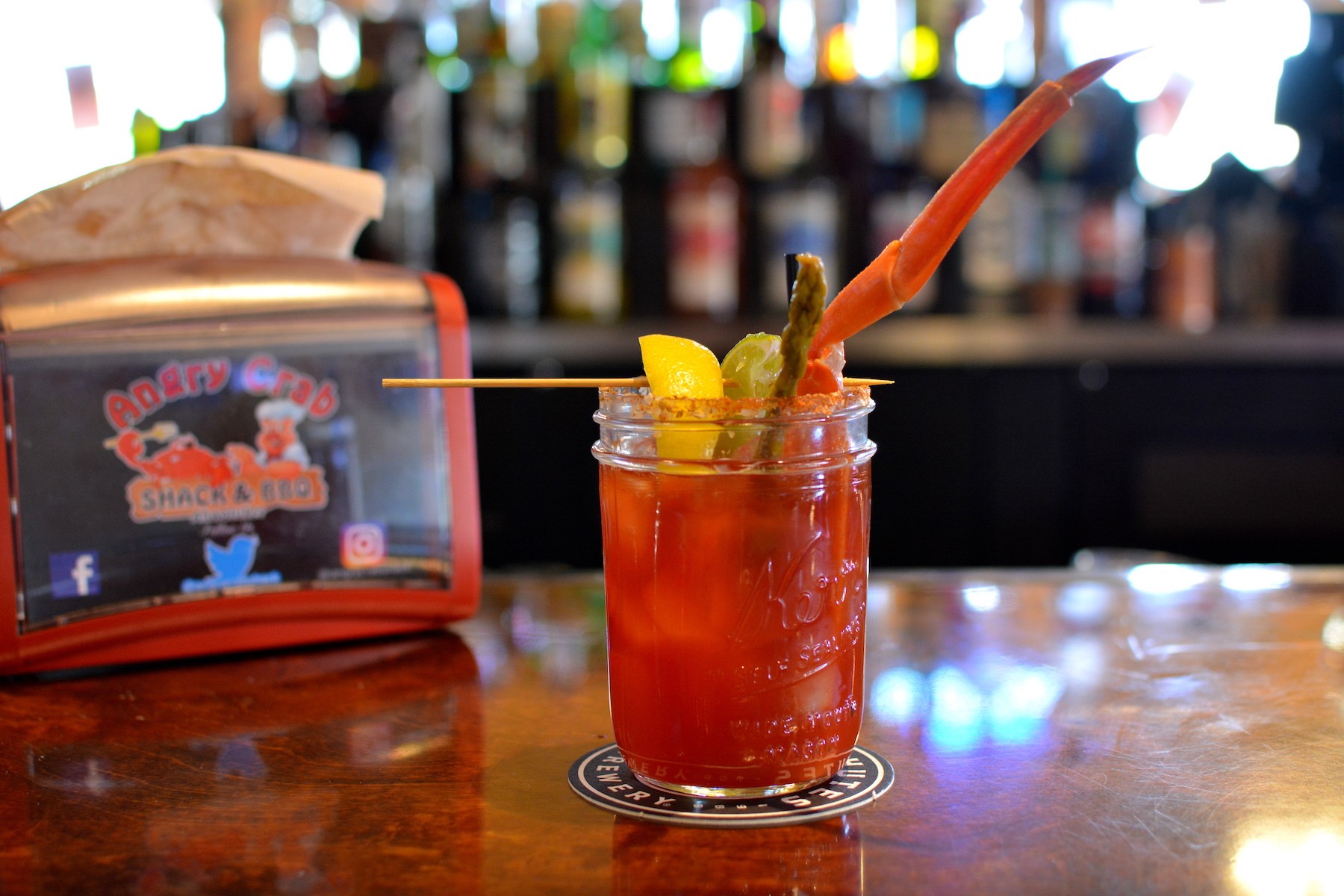 Those takeout and delivery containers were also upgraded during the pandemic. Emden swapped out the old Styrofoam packaging for containers that have a clear top and black bottom for better performance and appearance.

“The new packaging has a perforated top with vent holes that stop the cooking process,” says Emden. “In the restaurants, we put the seafood boils into a clear plastic bag, and customers open and eat the food right away, but if we used those bags for to-go orders, the contents would continue to cook.” The containers also keep fries crisp in transit and the vents don’t interfere with heat retention, he adds. The packaging is currently getting a test run in one of the restaurants in the system.

The fourth pillar in the “makeover” is a change in the management training program. Here, Emden put his GM skills to work to expand training from two to four weeks. “Every manager now learns both front- and back-of-house procedure,” he says.

“This latest version is 1.0, but we’re already working on 2.0. We want to be constantly improving,” he says.