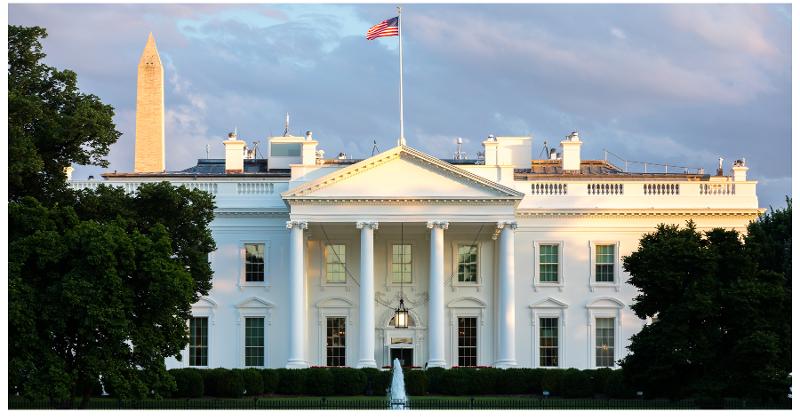 Government officials must not have gotten word that the year-end holidays are a time for coasting. While the rest of the country was reveling, they moved forward with a host of new regulatory and policy actions, many of which slipped into force while the restaurant industry’s attention was focused elsewhere.

For the sake of those who may have missed the developments, here’s a quick recap of selected measures.

With meat prices soaring, the president convened a virtual meeting on Monday to air the administration’s plan for fundamental changes in the way beef, pork and poultry get to market. As he explained to the online gathering of ranchers, farmers and members of his cabinet, the federal government intends to bring down food prices by helping small producers and processors compete more effectively with giant suppliers such as Tyson, Cargill, JBS and National Beef. The administration noted that the four largest suppliers currently control 85% of the beef market, 54% of the nation’s poultry supply and 70% of pork shipments.

“Put another way, our farmers and ranchers have to pay whatever these four big companies say they have to pay, by and large. But that’s only half of it,” Biden said, according to a transcript released by the White House. “These companies can use their position as middlemen to overcharge grocery stores and, ultimately, families. …This reflects the market being distorted by a lack of competition.”

His administration said it would use $1 billion from the landmark American Rescue Plan to finance and support independent processors, who’d provide a different pipeline to the market. In addition, Attorney General Merrick Garland described how the Justice Department will use legislation already on the books to “robustly and vigorously” promote competition.

All of the cited remedies were structural, meaning they’ll take time to implement.

At least four more Starbucks units have alerted the chain and federal regulators that they intend to seek union representation, raising the number of stores looking to organize to 11. One of the units is in the brand’s home market of Seattle, while the other is located in Knoxville, Tenn.  In both of those situations, employees spearheading the organization effort sent a letter to Starbucks CEO Kevin Johnson, saying a majority of workers at the stores want a say on the brand’s direction.

A similar approach was taken by the staff of units in Chicago and Broomfield, Colo.

They join colleagues at two stores in Boston, one in Mesa, Ariz., and four in Buffalo, N.Y. Employees of a fifth unit in Buffalo have already formed an affiliate of the Service Employees International Union. Another store voted not to unionize.

Starbucks operates more than 14,000 coffee shops in the U.S.

On the cusp of the year-end holidays, Washington, D.C., Mayor Muriel Bowser announced that proof of vaccination against COVID-19 will be required of any consumer looking to dine inside a restaurant, starting Jan. 15. The mandate applies to anyone over age 12.

The executive order does not impose a vaccination requirement for restaurant employees. Nor does it say whether a would-be dine-in guest needs to have both shots of the Moderna or Pfizer vaccine to qualify as vaccinated.

The city has been a hotbed of COVID infections since the arrival in the U.S. of the omicron variant. In adopting a vaccine mandate, it joins Chicago, Boston, Los Angeles, New York, Philadelphia, San Francisco, New Orleans and Oakland, Calif., in limiting dine-in service to guests who can prove they’ve been inoculated.

Food containers made of polystyrene are now banned for use by most restaurants in New York, the nation’s fourth largest state foodservice market. Legislation outlawing the packaging was passed in 2020 but did not take effect until 12:01 on Jan. 1, 2022. Proponents noted that county and municipal bans on the packaging are already in place in about 65% of the state, including New York City.

Restaurant operations with less than $500,000 in annual revenues and fewer than 10 branches within the state can file for a “hardship exemption.” To qualify, an establishment must not be a franchise of a chain.