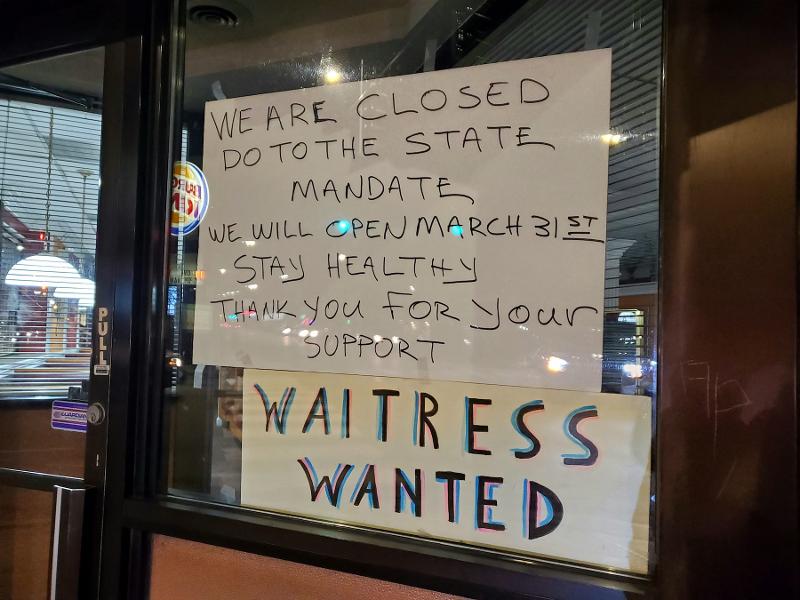 The White House is working with the Senate to push through a $1 trillion emergency relief bill, with provisions included specifically to help shuttered restaurants and other closed small businesses continue to pay employees.

“We’ve told people, ‘Don’t go into restaurants,’” said Steve Mnuchin, secretary of the U.S. Treasury Department. “We want to make sure those businesses have money to pay their employees.”

The relief package will also include measures intended to bolster consumer spending. The Trump administration has said it intends to give consumers $250 billion in direct payments. Mnuchin said earlier that President Trump wants those payments in consumers' hands within two weeks.

The White House has also aired hopes that an increasing proportion of all dollars spent on food will go to restaurants offering drive-thru service.

Mnuchin said the relief package will consist of the direct payments, a cut in payroll taxes and loans to businesses in need of liquidity.

The secretary said negotiations are ongoing with the Senate’s Republican leadership to push through a package quickly.

Senate Majority Mitch McConnell, R-Ky., said he’s formed three task forces to work with Treasury to come up with a bill that Senate Republicans will support. The Republican caucus will then negotiate with Congressional Democrats, McConnell said.

He said he will not allow senators to leave Washington to recess until a measure is pushed through.