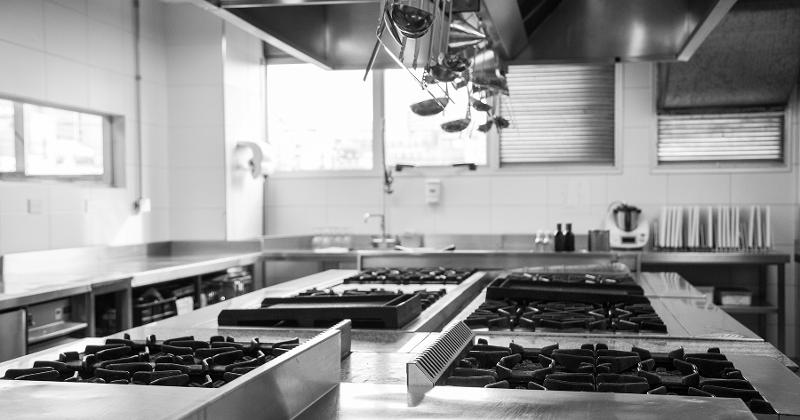 Yum Brands CEO Greg Creed was there, airing his predictions for the industry he was about to exit for retirement. The CEO of The Coca-Cola Co., James Quincey, similarly shared his expectations for the future, as did other big-name visionaries from every corner of the global restaurant market. Yet the topic that seemed to preoccupy attendees of the Global Restaurant Leadership Conference (GRLC) was the status that day, if not that hour, of the phenomenon that was remaking their home markets with breakneck speed, from Abu Dhabi to Albuquerque. What were they to make of these new ventures called ghost kitchens?

A sizable faction seemed ready to pass out clubs and combat the swarming invaders—essentially facilities that Photoshop dining rooms, servers, counter staffs, outdoor signage and crew uniforms out of the classic restaurant model. According to the loud laments of detractors, ghost kitchens enable anyone who can sign a lease to get into the restaurant business, because no capital is needed to build a sticks-and-bricks edifice. Nor do they need a full staff.

All that’s required is a brand name, some recipes and a few cooks to prepare the food. Delivery services typically introduce the venture to consumers through the third parties’ apps as well as handle the logistics of getting the orders to patrons’ doors. A customer might think they’re ordering a meal from a conventional restaurant and having it delivered by DoorDash or Uber Eats, when in fact the facility exists solely as an app listing.

The considerable savings can be factored into the pricing, enabling a ghost-kitchen-based concept, aka a virtual restaurant, to undercut the traditional players in its market.

“I’m in Dubai, where a new ghost kitchen seems to open every night,” one GRLC attendee said during a Q&A period at the October event. “How can a local restaurant compete?”

He was far from the only operator at GRLC to voice that concern. Even more worrisome, judging from how often the fear arose in conversation, was the chance the kitchens and the delivery services could cut operators out of the model. Couldn’t those parties invent a brand name and craft a menu, in effect morphing from enablers into competitors?

“When the owners of ghost kitchens have built out this infrastructure, they’ll be enticed to experiment with operating their own virtual restaurants, which means they will become direct competitors to their brick-and-mortar and virtual tenants,” Andrew Rigie, executive director of the New York City Hospitality Alliance, wrote in a Forbes op-ed piece. The Alliance represents restaurants, bars and nightclubs in the Big Apple. A mention of the possibility during GRLC usually brought assertions that the invasion of the order snatchers was already underway.

While the fretting puts some lift in antacid sales, ghost kitchens are changing the restaurant development model for conventional operators at breakneck speed. The facilities initially snagged attention as a way for restaurants adding delivery to spare their kitchens the newfound production burden. Delivery orders could be handled by this next generation of commissaries.

Now the kitchens are being embraced as a way of expanding with minimal risk. Chains pushing beyond their home turf can give new markets a try without incurring the expense and time of finding real estate, constructing a restaurant and recruiting a full staff. Their delivery partners can tap a trove of customer data to accurately predict how much demand the market entrant can expect for its products.

No wonder chains such as Chick-fil-A, Wendy’s, Famous Dave’s and Sweetgreen have all made ghost kitchens a part of their expansion plans.

They’re to be complimented for thinking beyond today. Students of the industry marvel that third-party delivery services didn’t exist until 2013. Now they’re a fixture of the market.

The speed of ghost kitchens’ penetration makes delivery’s onslaught feel like a march of arthritic snails. Overnight, the facilities are here, and the factors behind their head-spinning arrival are likely to accelerate the pace moving forward. The only doubters seem to be the same skeptics who say this internet thing is a passing fancy.

Operators have no choice but to stop and figure out what role, if any, the kitchens may play in their future.

“Ghost kitchens are inevitable, and any leverage restaurants have will only decline from this point forward,” Rigie wrote in his op-ed. “That’s why now is the time to act. Restaurateurs must demand fair terms and conditions in their contracts, carefully consider the pros and cons of handing over key operational duties to third-party companies and contemplate what it will mean for their own businesses and our industry long-term.”