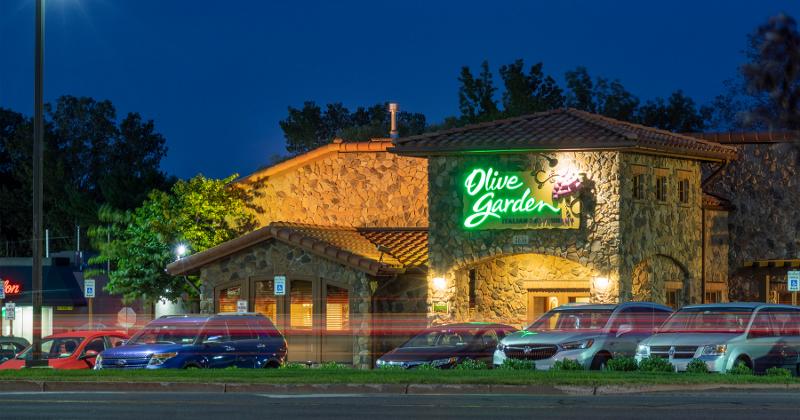 On his final earnings call as CEO of Darden Restaurants, Gene Lee was asked to impart one last bit of wisdom to investors before stepping down from the Olive Garden parent in May.

The question centered on something that’s been at the top of industry observers’ minds recently: the rising cost of going out to eat.

Specifically, Lee was asked what indicator he would look at to glean where American dining habits might be trending. After more than 30 years in the industry, including seven as CEO of Darden, he said today’s socioeconomic environment is unique.

“I think this one is so different because of the geopolitical risk involved, because of a pandemic that, hopefully, we're going to switch to an endemic and we're able to live with this virus going forward,” he said on Darden’s quarterly earnings call Thursday. “I think that it's going to take a fairly solid recession to really have some impact on the consumer.”

Over the past year, restaurant menu prices have increased by about 8% as operators look to offset the rising costs of food and labor. Same goes for grocery prices. And now gas prices are hitting record highs. All of this has added stress for consumers—and yet restaurants have almost universally reported no slowdown in demand, with many insisting that they have room to charge people even more.

Darden, for instance, is raising prices 6% in the fourth fiscal quarter that began in late February.

“While 6% seems high in terms of how historically we price, considering the environment and considering what we're pricing over two years, we don't think it's too much,” CFO Raj Vennam told analysts Thursday.

Still, with no end in sight to inflation, many investors are wondering if and when the tide might turn against restaurants. But Lee said consumers’ finances are relatively strong. And he said there’s another thing about the current environment that makes it different from other economic slowdowns: the labor market.

“There's so many open jobs today,” Lee said. “And when you think about what really causes a recession, it's employment. And as things slow down a little bit … I don't see us getting to a significantly higher unemployment level anytime in the near term, barring something really happens back with what's going on overseas.”

The unemployment rate dropped to 3.8% in February, its lowest point since before the pandemic, as Americans continued to return to the workforce.

“That's the one variable that I think is so different in this environment,” Lee said. “I don't know how it's going to play out.”

And yet the margin of error remains slim for full-service restaurants, he said. A matter of three or four fewer tables a night can make a big difference. Lee’s tenure with Darden has been marked by a maniacal focus on operations, and he believes they’re as important as ever as restaurants ask customers to pay a little more.

“I think as an industry, we've got to earn the right from the consumer to pay what we're asking them to pay,” he said. “And we've got to provide a really true full-service environment.”