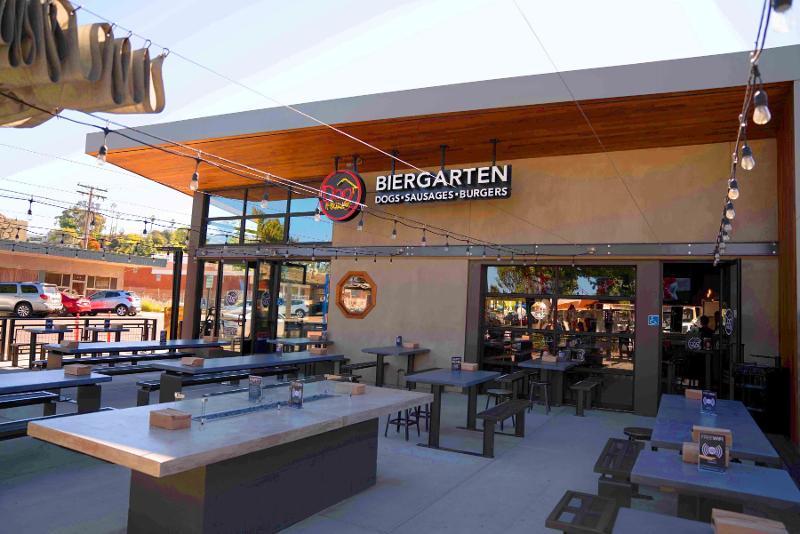 With a couple of years of experience logged, Dog Haus said it has figured out a successful model for its digital business.

“2021 was our best year ever in the history of Dog Haus,” co-founder Andre Vener said. “We were all ready for deliveries and virtual brands and ghost kitchens. We were planning all that pre-pandemic.”

Pasadena, Calif.-based Dog Haus has 51 locations and operates several virtual brands, including Bad-Ass Breakfast Burritos, Bad Mutha Clucka and Plant B, under the Absolute Brands moniker. Those virtual concepts make up 17.5% of systemwide sales, he said, with the breakfast burrito brand ranking as top performer. In December, Dog Haus partnered with Impossible Foods to launch The Impossible Shop virtual brand, selling burgers, chicken nuggets and more made with plant-based meat.

The fast-casual chain also has 10 ghost kitchens. In these locations, virtual brands make up nearly half of all sales. The company plans to open at least 10 more ghost kitchens this year, and Vener is particularly excited about ghost kitchens that also have pick-up centers.

Dog Haus is part of a new ghost kitchen initiative with the grocery chain Kroger that puts its brands inside supermarkets but also serves as a third-party delivery hub.

“It’s a massive success so far,” he said of the two locations. “They’re driving lots of sales … But then you have additional people who can get it while they shop, you have a million eyes on your store … And labor is completely slimmed down.”

“Some places haven’t had an issue with labor and some of our busiest stores have had to shut down for a day or for hours,” he said.

The chain, which was founded about 11 years ago, said it expects to have 75 total locations by the end of 2022.

For Bad-Ass Breakfast Burritos, for example, the only new SKU is a 14-inch flour tortilla. The burritos use fillings that already existed in the Dog Haus kitchen for hot dogs, brats and burgers.

The burritos have also been a big hit for the late-night munchie crowd, Vener said, as many locations are open until 2 a.m.

“We’ve created more hours in a day, just by adding a tortilla, and a new audience as well,” he said.

But the company’s push for off-premise growth doesn’t mean it has abandoned dine-in business.