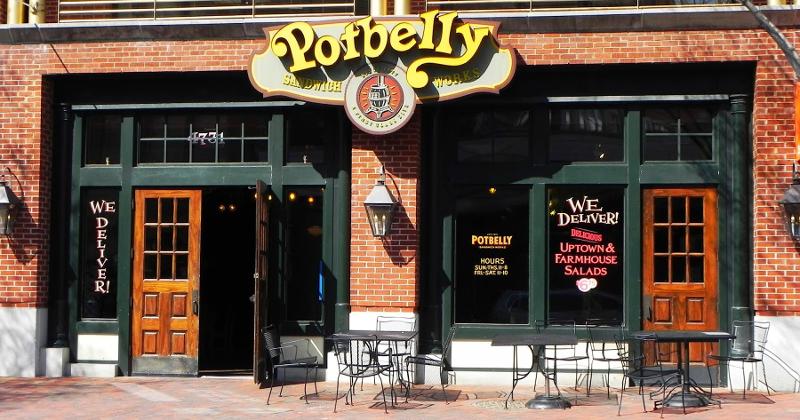 Potbelly Corp. CEO Alan Johnson vowed in a call with analysts Tuesday that he would “not allow this virus to determine our success.”

But that may be a difficult promise to keep.

The struggling Chicago-based sandwich chain announced during the same call that it was contemplating permanently closing nearly a quarter of its units—up to 100 stores that had already been underperforming before the pandemic forced the temporary suspension of on-premise dining.

The fast casual’s same-store sales are currently minus 45%, up from a nearly 70% plummet during the early weeks of the coronavirus crisis.

Potbelly would need to see same-store sales improve in the “low double-digit range” to reach the break- even point, CFO Steven Cirulis said.

About 90% of the units that could be on the chopping block were “previously impaired,” Cirulis said.

“We’re contemplating closing the shops as a way to strengthen the business coming out of the crisis,” he said. “Shops that were not profitable pre-COVID, which, of course, during this crisis, they’re even more challenged. If you look at the shops that we’ve temporarily closed this far, there’s a high overlap between those and those that we’re contemplating closing permanently.”

Locations doing the worst include those in airports and on college campuses, and those in central business districts where employees are now largely working from home.

Potbelly had 427 company-owned units and 46 franchised stores as of March 29 and previously warned investors that it was in danger of breaching the covenants in its lending agreement. It reported total revenues of $87.6 million for the quarter ended March 29, compared to $98.1 million over the same period last year. Same-store sales dropped 10.1% for the quarter.

In March, the chain drew down its $40 million credit facility.

Unfortunately for Potbelly, the chain in early March launched the test of a “growth-oriented initiative” called Project Aurora in 52 stores across multiple markets. The first coronavirus cases appeared in the U.S. just days later, and the test was put on indefinite pause.

In late 2019, the chain made investments in its website and app and launched partnerships with third-party delivery services. It also added mobile-order pickup shelves inside all of its stores and worked on operational improvements to boost consistency, Johnson said.

“I cannot imagine what the business would look like had we not invested like we did in Q3 and Q4 of last year,” he told analysts.

The chain has 65 units with drive-thrus, but they’ve never been a key initiative for the brand, Johnson said.

“Clearly, the consumer is desperate for more and more contactless ways to engage with a brand like Potbelly,” he said. “And we’ve got experience in this arena. We have 65 drive-thrus. It’s not like we don’t know that business. It’s not that we don’t have the systems. We just never have committed to drive-thru as a long-term part of the Potbelly experience.”

Amid the crisis, Potbelly has trimmed its cash burn rate by 60%, Cirulis said, by temporarily closing 36 company-operated units, furloughing one-third of all corporate employees and slashing executive salaries.

It worked to optimize labor the best it could for the rapidly changing sales situation, executives said.

“Normalizing labor was a big thing for us,” Cirulis said. “We moved on that pretty quickly, although it didn’t happen immediately. And there remains a little bit of inefficiency in the system. You have to have two people in the shop at all times, which may not be effective from an analytical standpoint but needs to be there from a practical standpoint.”

In Texas and Arizona, where dining rooms have been allowed to reopen, Potbelly has seen a 10- to 15-point improvement in sales, Johnson said.

“The good news is the dine-in business is not dead,” he said. “People still want to come to Potbelly and enjoy the environment.”

During the crisis, the brand launched curbside pickup as well as a pantry operation selling bread, meats, ready-to-bake cookies and more. Pantry now accounts for 3% to 5% of the chain’s sales, Johnson said.

“Look, pantry is an opportunistic thing,” he said. “Who knows, long-term, do people want to buy their daily meats from Potbelly? Who knows. But, right now, when cash is king and we spent no money doing that, our sales are pretty amazing for not having to do anything. In today’s environment, those percentages make a difference.”