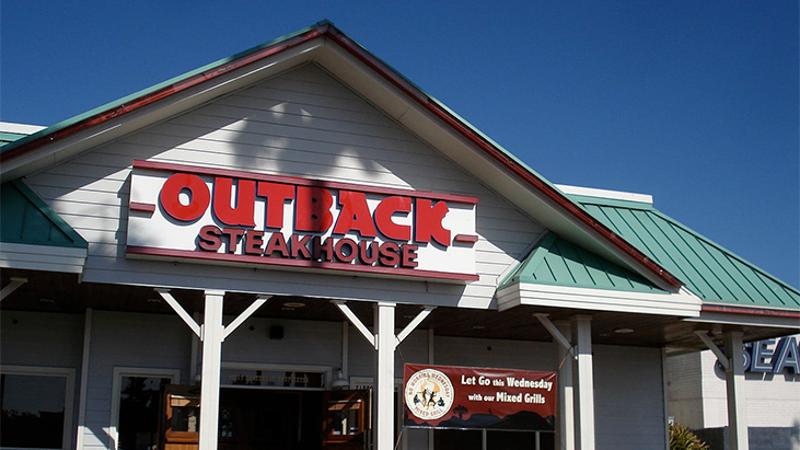 After suffering a quarterly loss and a decline in same-store sales for all but one of its brands, Outback Steakhouse parent Bloomin’ Brands said it will close 43 underperforming restaurants.

Fleming’s Prime Steakhouse & Wine Bar was the only brand in Bloomin’s restaurant portfolio to generate positive comparable sales, with a gain of 0.2%.

Bloomin’s core brand, Outback Steakhouse, posted a domestic comp-sales decline of 4.8% on a traffic slide of 7.7%. Carrabba’s and Bonefish Grill’s same-store sales slipped 2.3% and 1.9%, respectively, on traffic declines of 3.8% and 5.2%.

"Although 2016 was a challenging year for both Bloomin' Brands and the industry, we made real progress on our strategy to reallocate spending away from discounting toward investments to strengthen brand health, " CEO Liz Smith said in a statement. "We are pleased with how our brands are performing so far in 2017, particularly at Outback where we believe our investments are beginning to gain traction."

The company did not say which of its 1,516 restaurants would be shuttered.

More store closures ahead for Potbelly

Wendy’s declares itself ready for breakfast

What does the ghost kitchen trend mean for restaurants?