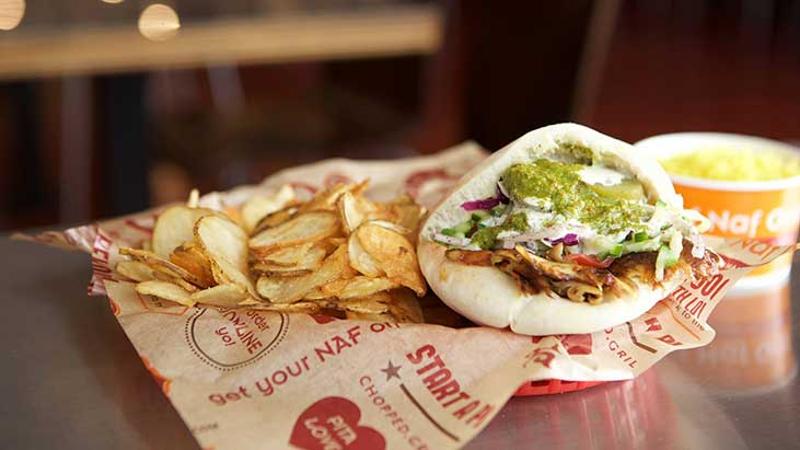 Paul Damico and Kat Cole have been shifted into new positions by Roark Capital and its Focus Brands holding for the rollout of Roark’s Naf Naf Grill fast-casual Middle Eastern concept.

Damico has moved from president of Focus Brands’ North American operations, which include Moe’s Southwest Grill,McAlister’s Deli and Schlotzsky’s, to CEO of Naf Naf. He assumes his new duties from Naf Naf’s co-CEOs for the last nine years, David Sloan and Sahar Sander.

Sander will shift to chief culinary officer, with responsibility for Naf Naf’s menu. Sloan will function as a senior advisor to Damico.

Cole will assume Damico’s former duties as president of Focus Brands’ North American operations and hold the additional title of COO. She will continue to oversee the extensive licensing operations of Focus Brands, particularly of its Cinnabon cinnamon bun concept.

Cole was previously a group president of Focus, concentrated on just licensing, and before that was the head of Cinnabon. In her new role, she will essentially broaden her scope to include Focus’ franchise operations.

Roark purchased an undisclosed stake in Naf Naf Grill in mid-2015. At the time, the chain consisted of 13 units clustered in the Chicago area. Today, it extends to 29 locations.