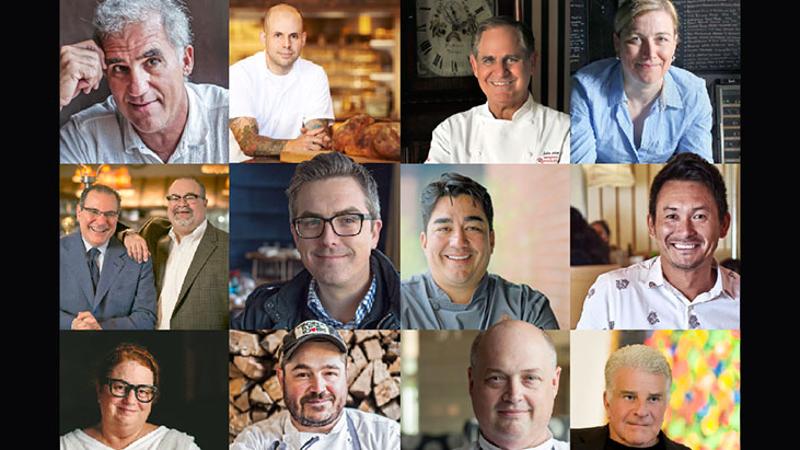 Unintended themes sometimes emerge when an issue of Restaurant Business comes together. In this year’s Power 20 package, a common thread surfaced, beyond the intended focus on these leaders’ impact on their local market: mentors and the opportunity to be a mentor to others.

Here are three ways that mentorship is influencing Power 20 leaders’ ability to shape the restaurant scene.

When John Rivers opened 4 Rivers Smokehouse in 2009, the economy was still struggling and a job was lifesaving. Rivers created positions, just because he felt that it was needed. He trained and mentored these teammates (he doesn’t call employees “employees”) so they could go on and advance in the industry when the economy improved.

For her part, Jennifer Jasinski, when she’s not in the kitchen of one of her Crafted Concepts restaurants, spends time mentoring women. For example, her restaurant Rioja will host and train a grant winner of the James Beard Foundations’ Women in Culinary Leadership program, and Jasinski has also worked with a foundation that trains underprivileged women in foodservice skills.

Jasinski also prepares her own team for what’s next. Up-and-coming Denver restaurateur Dana Rodriguez worked under Jasinski for 17 years. “The reason why people do well after working for her is because to be a mentor is not just about telling people what to do,” Rodriguez says. “As a mentor, she takes the time to teach you, guide you and walk you through the whole process. That’s the Jen way.”

Philadelphia restaurateur Stephen Starr was Jose Garces’ mentor when Garces arrived in the City of Brotherly Love in 2001. In 2005, Garces opened his first Philadelphia restaurant and through the years has himself mentored many local chefs. “I am so proud of so many former employees who have learned and grown with us and then gone on to do wonderful things in the industry to make Philadelphia an even better restaurant scene,” he says, counting Chad Williams, Tim Spinner, Brian Sirhal and Kevin Sbraga among them.

Industry veteran Phil Romano founded restaurant incubator Trinity Groves on the principles of mentorship and fostering entrepreneurs. He, along with a team of experienced restaurant folks, advise and guide—and often financially back—the next generation of owner-operators looking to get their own concepts off the ground.

Mendocino Farms’ Ellen Chen says the emerging chain has benefited from an investment from Whole Foods in ways that don’t include money or expansion opportunities. “Being mentored by the Whole Foods team is a great opportunity for us as we scale our brand while trying to deepen our purpose, culture and positive impact on the communities we serve,” Chen says.