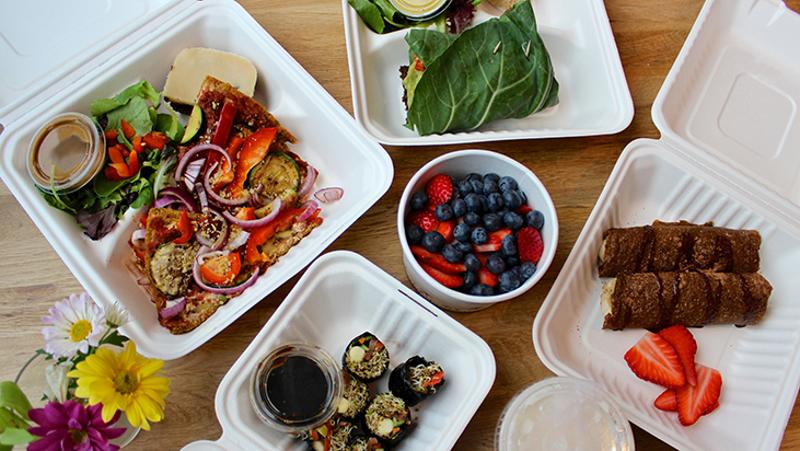 Off-premise business is distancing many of the restaurant industry’s standout performers from the pack of places struggling to maintain sales—even as some high flyers question if delivery or takeout is a smart way to go.

The biggest comparable-sales gains for the third quarter have come from Papa John’s (5.5%, reported yesterday), Domino’s (13%) and KFC (6%), a concept with a high volume of takeout business. Most of the pizza chains’ sales come from delivery, and Domino’s is in the midst of a push to boost takeout sales.

Wingstop, a chain that generates 75% of its sales through takeout, posted a same-store sales gain of 4.1% on Tuesday.

An exception among the outperforming chains is Texas Roadhouse, where takeout accounts for only 3% of sales and has for some time, said President and CFO Scott Colosi.

He isn’t hellbent on increasing that number. “We definitely don't want to drive people from inside the four walls, where we provide legendary service and a great atmosphere,” he told investors this week. Once customers are out of that environment, the experience is diminished, he noted.

Still, Texas Roadhouse is experimenting with apps and online ordering because some customers are set on takeout, Colosi said.

Applebee’s, the largest chain in casual dining, was one of the segment’s weaker performers in the third quarter, with same-store sales falling 5.2%. The brand is just about to start testing delivery in collaboration with three franchisees, said Julia Stewart, CEO of parent company DineEquity. She also spoke of revitalizing Carside To Go, the chain’s takeout program.

Wingstop CEO Charlie Morrison doesn’t see that happening for his chain. “We remain focused on not allowing third-party delivery into our restaurants,” he said in response to a question from an investment analyst who noted how hot delivery has become.

The specific problem, he said, is the chain’s signature hand-cut fries. “The risk is the third-party delivery companies will carry those around for as much as an hour,” Morrison said.

Panera Bread has similar concerns about food integrity, as well as delivery times and how at-home customers experience the brand. But about 250 units are currently offering delivery, and the franchisor intends to roll out the service to at least 35% of the system by the end of next year.

But the chain intends to handle the process itself rather than using a third party.