Farro with Beets, Olives and Walnuts

Salt and pepper, to taste 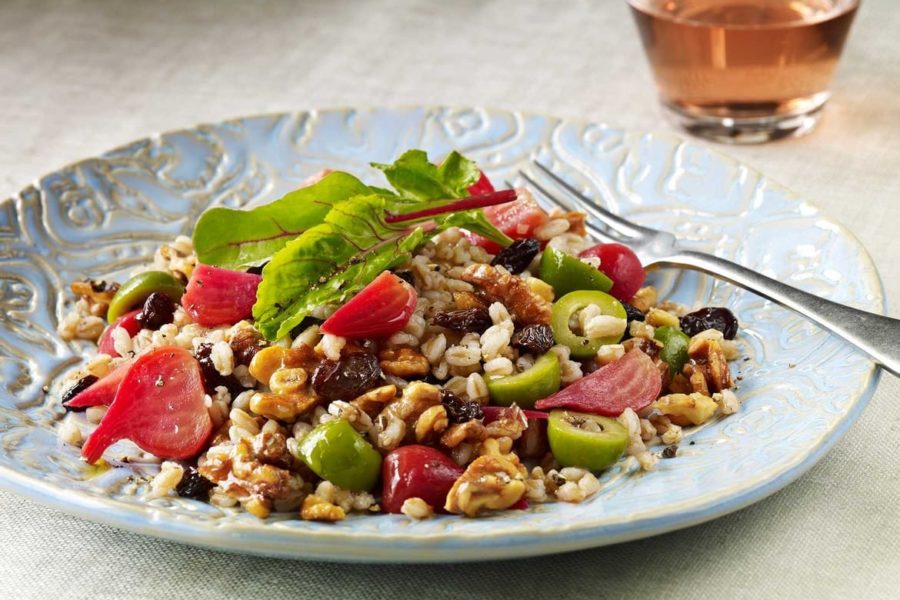 Beets are another fall vegetable that can be at the ready to add to a seasonal bowl. Chef Chris Crary at 1 Kitchen roasts smaller baby beets, then tosses them, along with their green tops, with cooked farro, toasted walnuts, olives and raisins for a nutritious Middle Eastern-accented bowl with big flavors. A honey vinaigrette ties the ingredients together.

Salt and pepper, to taste

1. Cut off beet tops and reserve for later use. Preheat oven to 350 F. In large bowl, toss beets with olive oil, thyme, rosemary and salt; layer on sheet pan. Cover with foil and roast beets 1 hour, or until tender.

2. Cool beets, remove skins and cut into quarters; set aside.

4. To serve, top farro mixture with uncooked beet tops and season with salt and pepper.