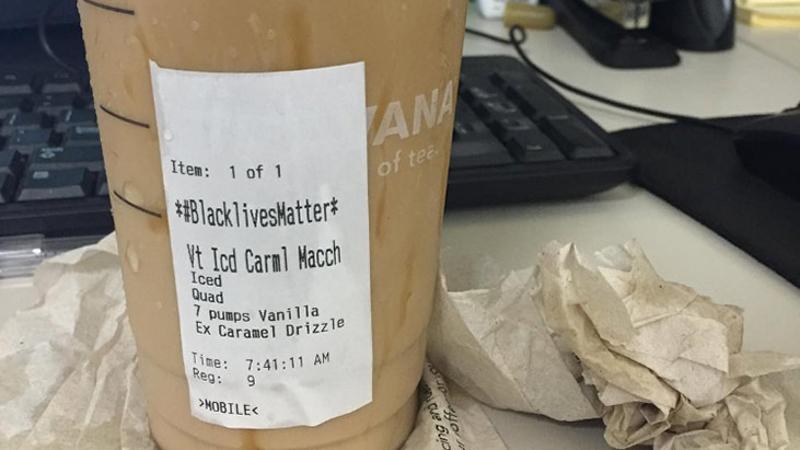 Starbucks customers are known to share photos of their names written on the chain’s signature cups to show off creative misspellings; however, patrons have begun posting social media photos of their cups for a different reason entirely.

Many customers have been giving their names as “Black Lives Matter” so that Starbucks baristas will repeat the phrase when delivering their drinks across the counter, the Huffington Post says.

A Starbucks employee noted on Twitter that 43 people gave their names as “Black Lives Matter” during one of her recent shifts.

Under CEO Howard Schultz, the coffee giant has sought to be a platform for the discussion of race and other social issues, as it is working to open a group of stores in disadvantaged neighborhoods and last year aimed to spark dialogue with its short-lived “Race Together” campaign.