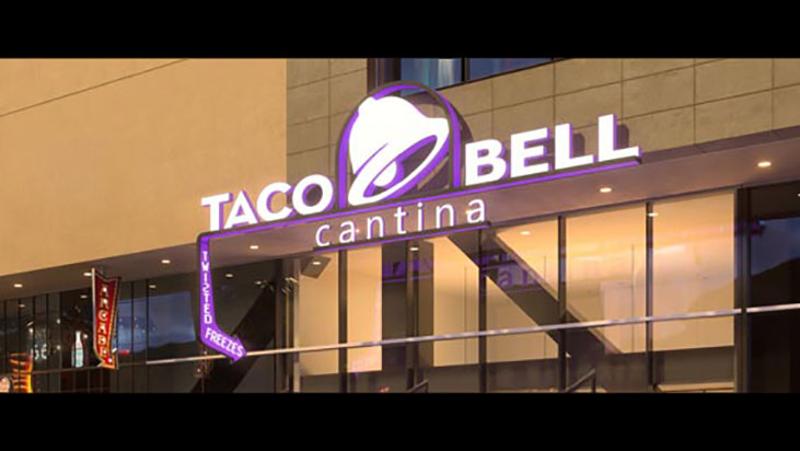 Taco Bell has today unveiled its first flagship restaurant and the fourth with its Cantina branding, showcasing a few twists on the boozy Cantina format that began rolling out last year.

At the Las Vegas flagship, Taco Bell debuted what it says is its first new brand logo in 25-plus years. The unit is also the chain's first to sell branded merchandise, running the gamut from hats to bikinis, and is the only Cantina to remain open 24 hours daily.

With its Vegas setting in mind, the restaurant includes a dedicated DJ area and a VIP section as well as communal seating. Similar to other Cantina locations, it offers a menu of shareable items, as well as frozen beverages dubbed “Freezes,” which can be ordered with or without alcohol. The flagship expands on those options with a wall of Freeze taps featuring eight different flavors of the drink.

Aiming to boost its appeal among urban-dwelling millennials, Taco Bell debuted its first Cantina unit in Chicago last year, and more are currently in development across the country, according to the chain. It’s also in the process of rolling out four new restaurant designs, each of which were designed to suit a specific restaurant geography.